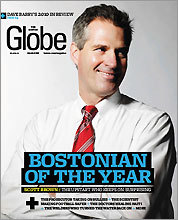 On Sunday, the Boston Globe Magazine looked back at the year that was and declared Sen. Scott Brown the 2010 Bostonian of the Year.

Reporter Neil Swidey opens the piece with a familiar description of the most junior senator:

When he entered the national consciousness, he was considered something of a lightweight. Sure, he was camera-ready – a handsome, fit guy surrounded by an attractive family. But as someone asking the people to send him to conduct the serious business of the United States Senate, he had little in the way of a legislative record.

He is describing Ted Kennedy, of course. Brown would be little different 47 years later.

Brown is a natural choice for the Globe’s annual distinction (that is, if you don’t mind he is actually from Wrentham), and we declared Brown’s Senate victory WBUR’s Story of the Year.

But the Boston Herald focused on the year ahead: 2012. Doug Rubin — a political strategist and Gov. Deval Patrick’s former chief of staff — says Brown will face a tough challenge in the next election, despite being wicked populah. 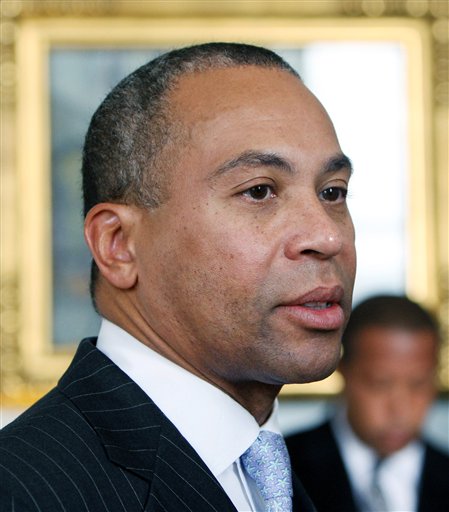 Remember, when Brown won a year ago, how everyone said a red tide would sweep over America in the mid-term elections? That happened, but it missed Massachusetts. Democrats vowed never to be caught off-guard again. Rubin writes:

The Democratic Party is energized, its grass-roots re-engaged, the groundwork laid for another successful statewide get-out-the-vote operation. Plus, the Democratic nominee will have the advantage of a popular incumbent Boston mayor, state governor and Sen. John F. Kerry campaigning on his or her behalf.

And then there are those who want Gov. Patrick to run for the Senate seat. Patrick has said his second term, which begins Thursday, will be his last.

Swidey joins Radio Boston at 3 p.m. to talk about the Bostonian of the Year. Was Brown the right choice? If not, who do you think deserves the distinction? Who will be the Bostonian of 2012?