Isn’t Boston beautiful when the snow is fresh and the sun is shining? Photographer Natalia Radziejewsk got up bright and early Friday to capture it: 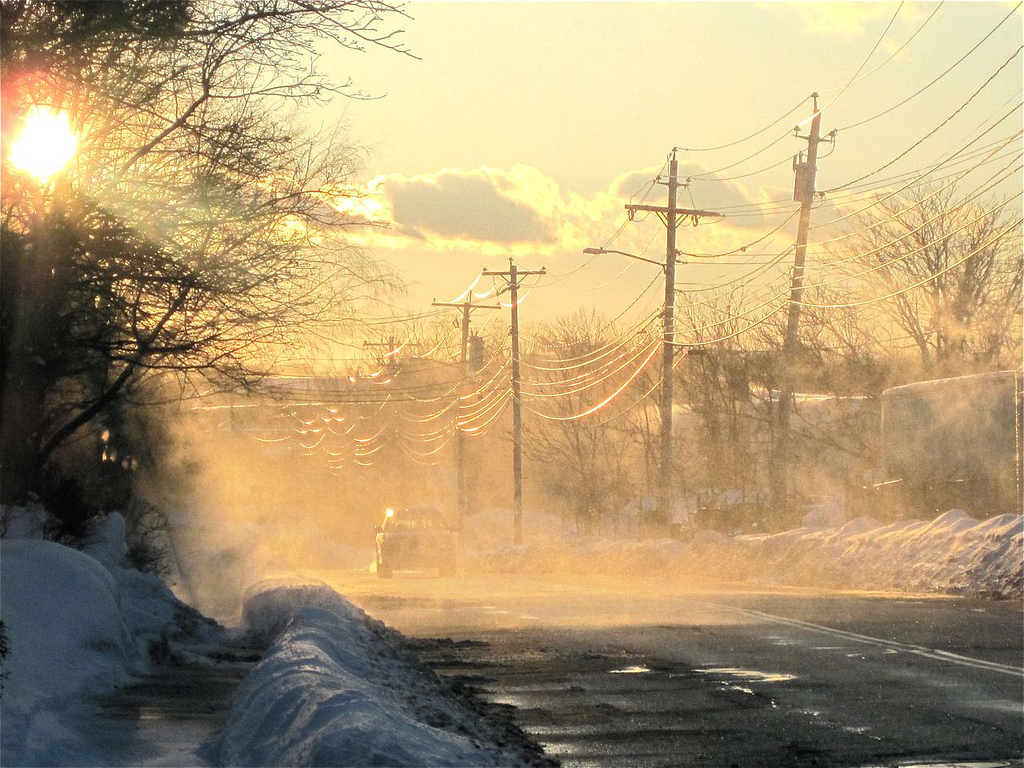 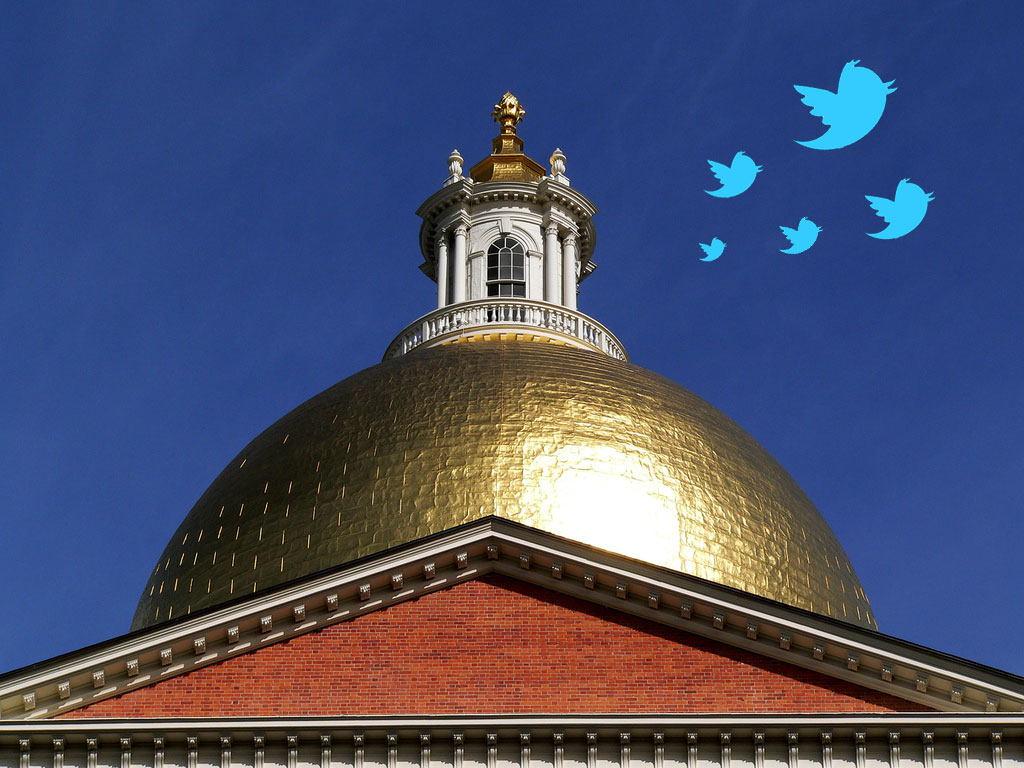 No tweets at the State House. (Photo illustration adapted from an image by Martina Oefelein/Flickr)

Herald columnist Joe Battenfeld talked to lawmakers about the Twitter ban on Beacon Hill (a ban I had thought was new but is at least two years old).

“This place has enough distractions already,” Sen. Robert Hedlund (R-Weymouth), told the Herald. “There should be more sites that are blocked. We should also ban solitaire, Bejeweled and Farmville.”

Wait, lawmakers can’t use Twitter at the State House because it’s “distracting?” (Hedlund, by the way, says he uses Facebook, which is not outlawed.)

Not quite. Battenfeld asked the rulemakers to explain the policy:

A spokesman for Senate President Therese Murray said the Legislative Information Services department made the decision to block Twitter, claiming the site is vulnerable to viruses.

Um, no. It’s true, Twitter has been exploited by hackers and spammers before. It’s an ideal medium for sharing nefarious links, cloaked by short URLs like bit.ly and tinyurl.com. But Twitter is inherently no more vulnerable to attack than other social media sites.

Among the many critics of the ban is @mattgriffin, who tweets:

Twitter is already under-utilized by less than savvy Reps. This just does a bigger disservice to MA citizens.

By banning Twitter from official computers, the Legislature is sending the wrong message to a thriving industry and to an informed citizenry.

Some agencies are using Twitter effectively. @MassGovernor and @mbtaGM are excellent resources — examples of public service made richer and more immediate.

As I write, Boston has warmed up to a balmy 7 degrees. In the town of Orange this morning, the mercury dropped to 21 degrees below zero. Come on.

Here is a sample of today’s lows across Massachusetts, compiled by WBUR’s Keosha Johnson — wind chills not included.

The temperature data comes from The Associated Press. 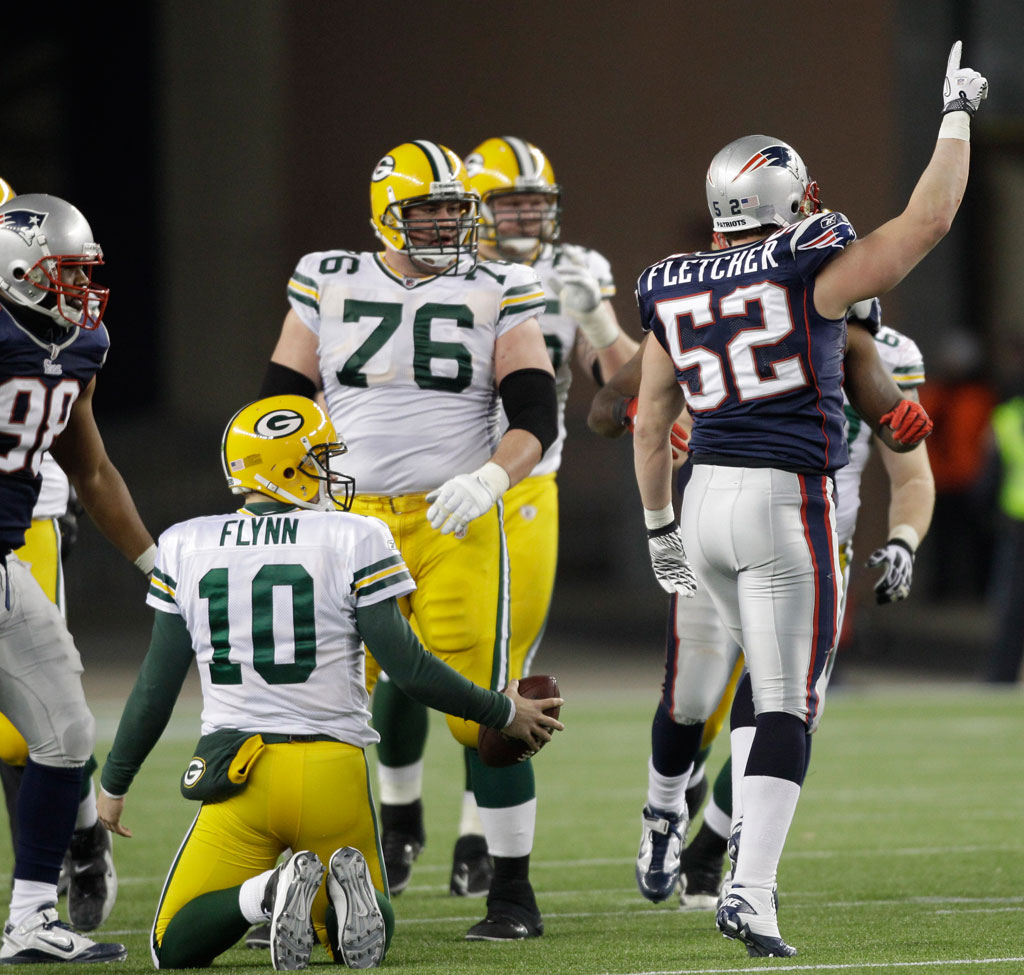 Thanks to wins over the Green Bay Packers and the Pittsburgh Steelers, the New England Patriots have won the 2011 Super Bowl.

Last weekend, the Patriots were awarded both the AFC and NFC Conference championships since they had already beaten the Jets and the Bears, as well.

With a 14-2 regular season record, the Patriots would have hoisted the NFL’s Lombardi Trophy as league champions if the NFL determined championships like the rest of the world does, in soccer. (There are no playoffs in that system; the league winner is the team with the best record at the end of the season.)

For once, Pats fans might wish the Patriots played real fútbol. Or maybe twice in the past four seasons.

Boston Police report a man on a bicycle was killed this morning after being struck in the South End, near the intersection of Arlington and Tremont.

The cyclist, 74, was hit about 8:10 a.m. He was taken to the hospital and pronounced dead.

Be careful out there.

Update: The BPD corrected the victim’s age. He is identified as a 74-year-old Asian man.

Update, 2/3: The victim is identified as Guo Zhen. 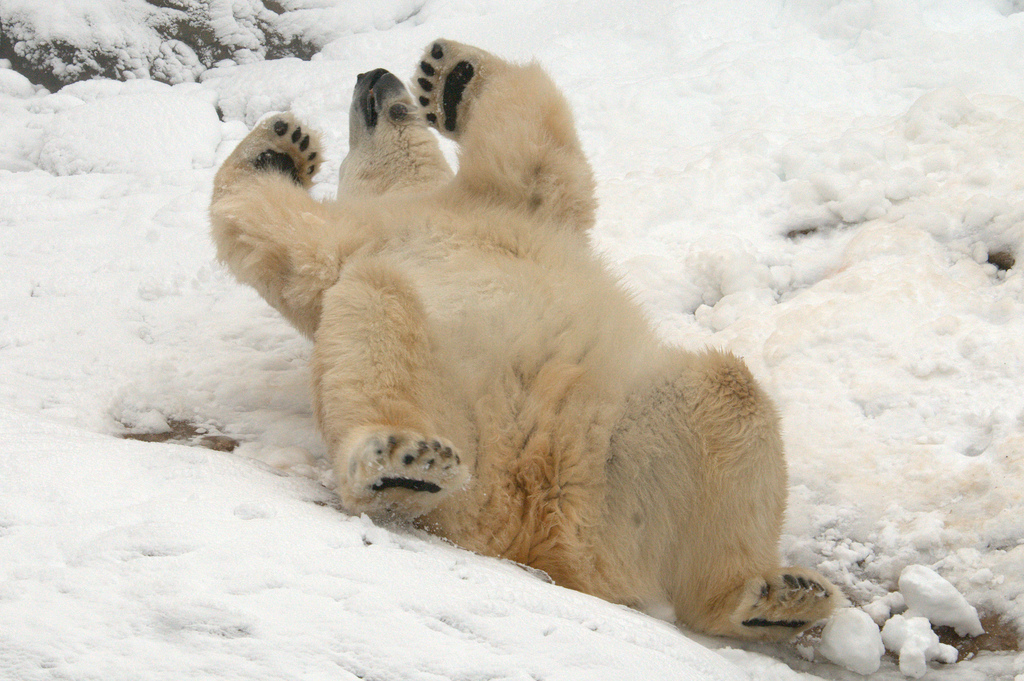 This polar bear is cold. (ucumari/Flickr)

Good morning! Now this is cold, apparently the coldest day in Boston in more than six years. In some areas, just 10 minutes of skin exposure can result in frostbite. Expect below-zero temps this morning to get into the low teens by the afternoon.

A handful of schools are on cold-weather delay. WCVB has the list. On the MBTA, there are service alerts on 13 bus lines and nearly all subway lines. Commuter trains are delayed 20 minutes. Universal Hub says it best: Like you, the T didn’t want to get out of bed this morning.

Oh, and a major snowstorm is arriving Wednesday.

Expedia is selling flights to Miami, departing from Logan Airport today, for about $235, including taxes and fees.

The Globe reporters former gubernatorial candidate and Treasurer Tim Cahill may be under investigation by the Securities and Exchange Commission. The federal agency subpoenaed documents about Cahill’s dealings with Goldman Sachs, the investment firm.

The Herald’s Joe Battenfeld talks with lawmakers about the the Twitter ban at the State House. “We should also ban solitaire, Bejeweled and Farmville,” said Sen. Robert Hedlund (R-Weymouth). People on Twitter are, unsurprisingly, incensed.

The lawyer for ex-City Councillor Chuck Turner is begging mercy for his client, who is scheduled to be sentenced tomorrow. As I reported last week, prosecutors recommend three-and-a-half years of prison time for Turner, who was convicted of taking a bribe.

How are you staying warm this morning?