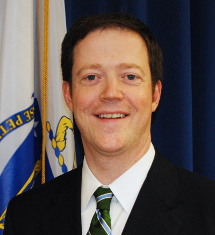 He’s everywhere — on the loudspeaker at Park Street, on Twitter, on YouTube, and today, new-ish MBTA General Manager Richard Davey joins Radio Boston for about 30 minutes to take your questions.

There is a lot to talk about. Here is some of what we hope to cover:

What’s your MBTA wish list? What are you gripes? Here’s your chance to ask the guy in charge. Leave your questions for Davey in the comments, or tweet @RadioBoston.

Update: I live-blogged the conversation. Davey made some news.