The actor Jonathan Goldsmith, known popularly as The Most Interesting Man In The World (from those hilarious Dos Equis commercials), went to Boston University. 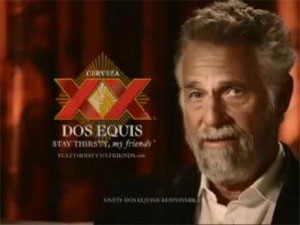 The Most Interesting Man In The World went to BU.

He said so in Rich Eisen’s NFL podcast on Wednesday. (The interview with Goldsmith starts about 26 minutes in.)

Apparently Goldsmith didn’t become an “overnight success” until after his 50-year career in film and television, where he starred in films opposite John Wayne and Burt Lancaster.

Goldsmith said he even worked with Leslie Nielsen, the “Airplane!” star who died Sunday at 84. He described Nielsen as a “charming, relaxed, no-diva, regular guy.”

Goldsmith said he is about to start shooting the fifth year(!) of the beer ads.

I’m trying to get answers to my question from yesterday: Could Chuck Turner could run for his old City Council seat? No one I talked to at the state or city knows for sure. I have reached my own back-of-the-envelope conclusions, though. 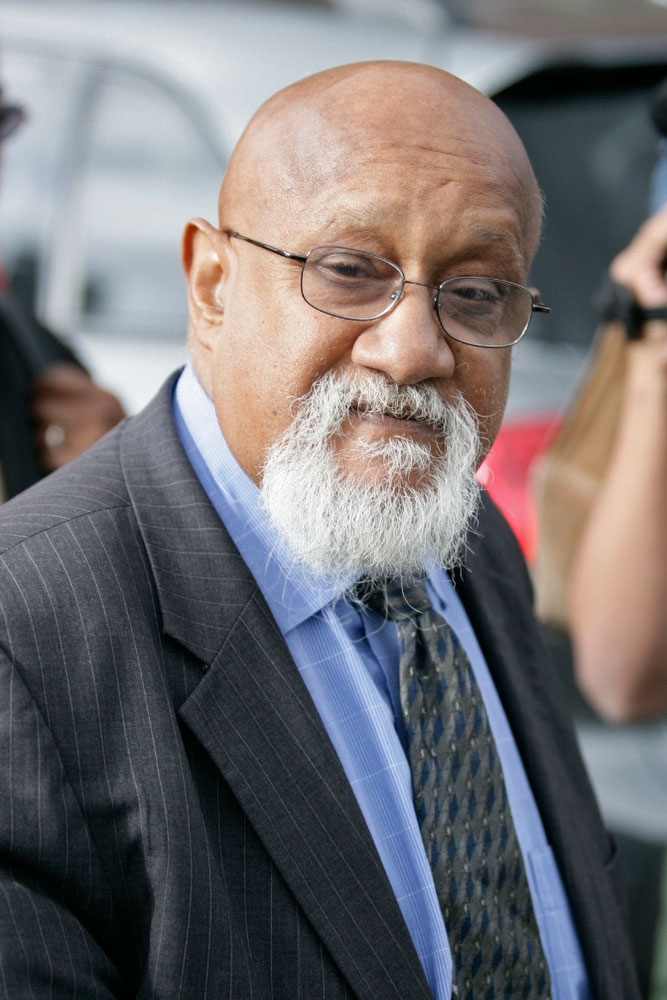 Obviously, there is no precedent here. Before this week, the modern-day City Council had never ousted one of its own members. Councilors voted 11-1 on Wednesday to expel Turner, following his conviction on federal bribery charges.

I asked council President Mike Ross to explain what’s next. At next week’s council meeting, the clerk formally announces a vacancy in District 7. The week after that, Ross begins work with the Election Department to nail down a date and order a special election.

Ross wants this seat filled as soon as reasonably possible. The rough plan is for mid-February, he said. That would fall after Turner’s Jan. 25 sentencing.

If Turner is sentenced to probation, rather than jail time, my understanding of the law is that he could legally serve.

To run for office in Massachusetts, you must be registered to vote. And you lose that right only if you’re incarcerated for a felony. The city’s statement of candidacy (PDF, page 8) — which all candidates sign to get on the ballot — makes no restrictions for convicted felons. Finally, as far I can determine, there are no council rules (PDF) or city codes (PDF) that forbid a previously expelled member from taking back his own seat.

But would he run? I called and left a message for Turner, but I haven’t heard back yet.

If Turner ran — and won — the council could just expel him again. But if voters are willing to elect a convicted felon (Turner had only been indicted when he was re-elected in November), there may not be the political will to remove Turner again.

Ross didn’t want to get into this far-flung idea with me. We’ll cross that bridge if we get to it, he said.

Just some speculation on a Friday afternoon. 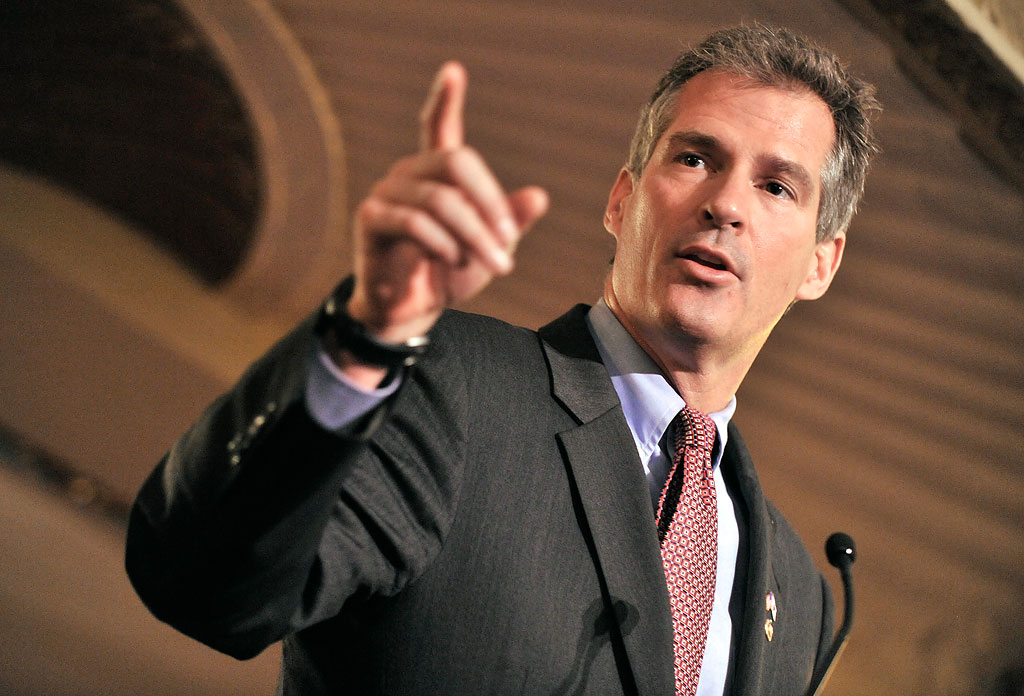 Update, 1:27 p.m. In a carefully worded statement, Brown says he will vote to repeal DADT:

I pledged to keep an open mind about the present policy on Don’t Ask Don’t Tell. Having reviewed the Pentagon report, having spoken to active and retired military service members, and having discussed the matter privately with Defense Secretary Gates and others. I accept the findings of the report and support repeal based on the Secretary’s recommendations that repeal will be implemented only when the battle effectiveness of the forces is assured and proper preparations have been completed.

Gates said he has been careful to avoid mentioning timeframes — the implementation could take four months or four years, he said. Brown supports Gates’ interest in repealing DADT on his own schedule.

12:48 p.m. His position on “Don’t Ask, Don’t Tell” is unclear, but Sen. Scott Brown has sent signals that he would vote to repeal the law.

The Senate Armed Services Committee on Thursday peppered Defense Secretary Robert Gates with questions about a new survey that shows most service members are ambivalent. Gates wants to repeal the ban on openly gay service members before a court does.

Brown is a long-serving member of the Massachusetts National Guard.

“I’ve been to many funerals, unfortunately, in my home state, for those soldiers,” Brown said at the hearing. “And one thing I never asked was: Are they — are they gay or straight?”

Brown … questioned the service members’ 28 percent response rate to surveys about repeal implementation, but focused more on what would happen after the policy is rolled back.

Gates told Brown that his approach would be that “everything has to be done” before certification is signed — from training to making sure the service chiefs are “comfortable” that readiness and unit cohesion have been addressed to their satisfaction.

Brown asked whether Gates could guarantee that he wouldn’t certify the change until he’s comfortable that the process can move forward without affecting military readiness.

Brown has said he will release a statement on repeal at the close of the hearings Friday.

Democratic Sen. John Kerry, also a vet, is on record as opposing DADT. Republican Susan Collins of Maine also suggested she is open to repealing the law. 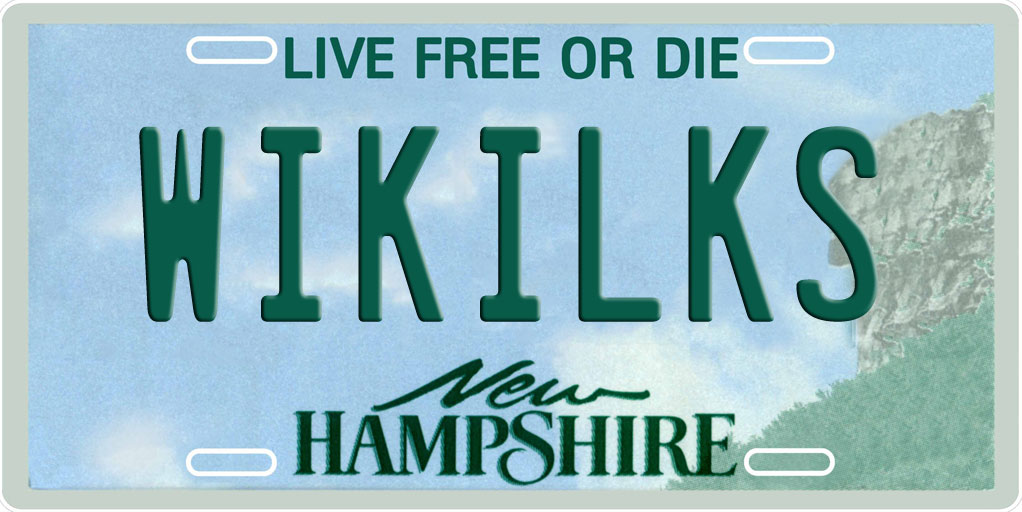 EveryDNS, the Manchester, N.H.-based company that hosted the website wikileaks.org, stopped late Thursday after cyber attacks threatened the rest of its network. WikiLeaks responded by moving to a Swiss domain name, wikileaks.ch — and calling on activists for support.

Just to be clear — the AP story is misleading — EveryDNS did not host the files on the Wikileaks website. That means EveryDNS did not store the group’s trove of cables, war logs and HTML files. EveryDNS simply provided the service that routed “www.wikileaks.org” to the right place.

Anyway, EveryDNS is a free service and said it could no longer put up with massive denial-of-service attacks, which was interrupting its other customers. This statement appears on the company’s website:

First, let’s be clear, this is a difficult issue to deal with and there are opinions on all sides. Second, EveryDNS.net, the world’s largest free managed DNS provider, is not taking a position on the content hosted on the wikileaks.org or wikileaks.ch website, it is following established policies so as not to put any one EveryDNS.net user’s interests ahead of any others. Lastly, regardless of what people say about the actions of EveryDNS.net, we know this much is true – we believe in our New Hampshire state motto, Live Free or Die.

Wikileaks apparently will return to wikileaks.org when it can find a DNS provider that will let it stay awhile.

What’s news on a perfectly pleasant Friday morning in Boston:

In his final hours as councilor, Chuck Turner gave $1,000 bonuses to his aides. That’s the same amount he was convicted of taking in a bribe. (Herald)

Feds and Boston Police put drugs on the table, after busting up what they say was a major family-run cocaine ring in Dorchester. Commissioner Ed Davis: “We will follow you, we will take pictures of you, we will listen in on your telephones and we will ultimately crash your door down and make you come in and account for the violence that occurs in this city.” (WBUR)

Police are investigating a possible drug killing in Roslindale. A body was found in the back seat of a hastily parked Honda. (Universal Hub)

House Speaker Robert DeLeo says a casino bill is on the 2011 agenda. The plan went down in flames this year. (The Republican)

Gov. Deval Patrick (says he) won’t run against Sen. Scott Brown in 2012. But he has gotten a lot of phone calls about it. (Herald)