What’s news on an “I’m moving to Florida” Friday in Boston: 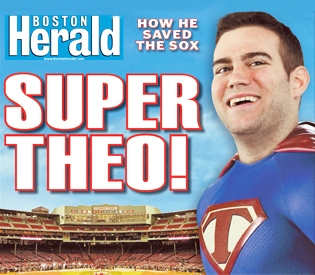 The Boston Herald easily wins Front Page of the Day.

Sen. Scott Brown kept one of his promises — that he won’t approve any bill until Congress passes tax cuts. But that meant breaking the promise he would repeal the military’s “don’t ask, don’t tell” policy. (Globe)

Theo Epstein has saved the Red Sox. In securing Carl Crawford and Adrian Gonzalez, the S0x GM is “the most unstoppable force in baseball.” (Herald)

Court: Prosecutors can build a case on John Doe’s DNA. They discovered the DNA’s owner years after the statute of limitations expired on a double-rape case. But the man can still be tried, the high court ruled. (Universal Hub)

Beth Israel is moving swiftly toward “global payments.” Martha Bebinger explains the fundamental shift in the way we pay for health services. (WBUR)

Proceedings finally began to take down a federal prosecutor. David Boeri follows up on the extraordinary saga. (WBUR)