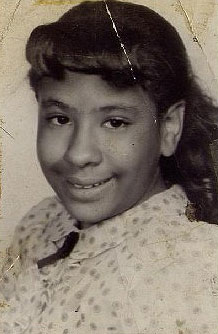 Two days after a Boston jury found a cigarette maker liable for $71 million in a suit alleging the company targeted black children in Roxbury decades ago, the jury today tacked on $81 million more in punitive damages to a deceased woman’s estate.

In the suit, Marie Evans — who died in 2002 of lung cancer — said Lorillard, Inc., which makes Newport cigarettes, got her and other children in the neighborhood addicted in the 1950s and ’60s by handing out free cigarette samples.

Tuesday’s ruling doled out the compensatory award to Evans and her son, Will Evans. Today’s award goes to Marie Evans’ estate.

“I think what was different in this case is that Lorillard tobacco company set out to get children addicted, and that’s what it did, and that’s what cost Marie Evans her life,” said Michael Weisman, the lead attorney for the plaintiff, to WBUR.

It is believed to be the largest award for compensatory damages in a wrongful death suit against a tobacco company in the country.

The case could have implications in Washington, D.C., where federal officials are considering a ban on menthol cigarettes.

Lorillard has said it plans to appeal the verdict.