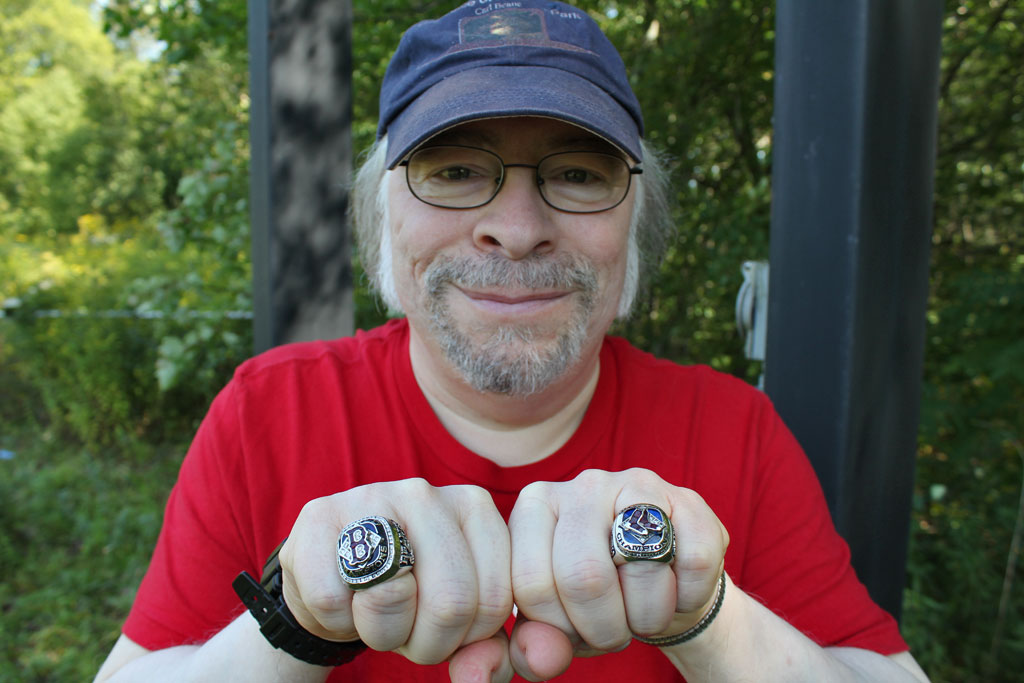 The most famous voice heard in Ware this morning was not that of Bob Oakes, our Morning Edition host, but of Carl Beane, the voice of Fenway Park, who delivered a special introduction to his “second home town” of Ware, Massachusetts.

“This is a town that has very special significance to me,” he told Bob and producer Lisa Tobin. In 1976, Beane was hired at WARE-AM — one of two radio stations in America whose call letters are the same as the town name. (Can you think of the other?)

Beane was the voice of high school sports in Ware and surrounding communities. “This town is very, very into its local athletics, so doing those games was a big deal,” he says.

In its heyday, WARE was a small, 1000-watt radio station that sounded like a big-city operation, Beane says. “We had five studios in our building, and we did a lot of stuff. We carried the Red Sox, the Bruins, the Celtics, the Patriots, local sports. We did Oldies. We had a huge news department.”

“This is a mill town, and when the factories and the mills closed, a lot of people left. And like a lot of small towns economically, they have suffered,” Beane says.

“People have died, people have moved away, children of those who used to live here decided they didn’t want to stay here because there wasn’t much going for them, economically. But this town is still tough.” Ware is, as we’ve said, the town that can’t be licked. 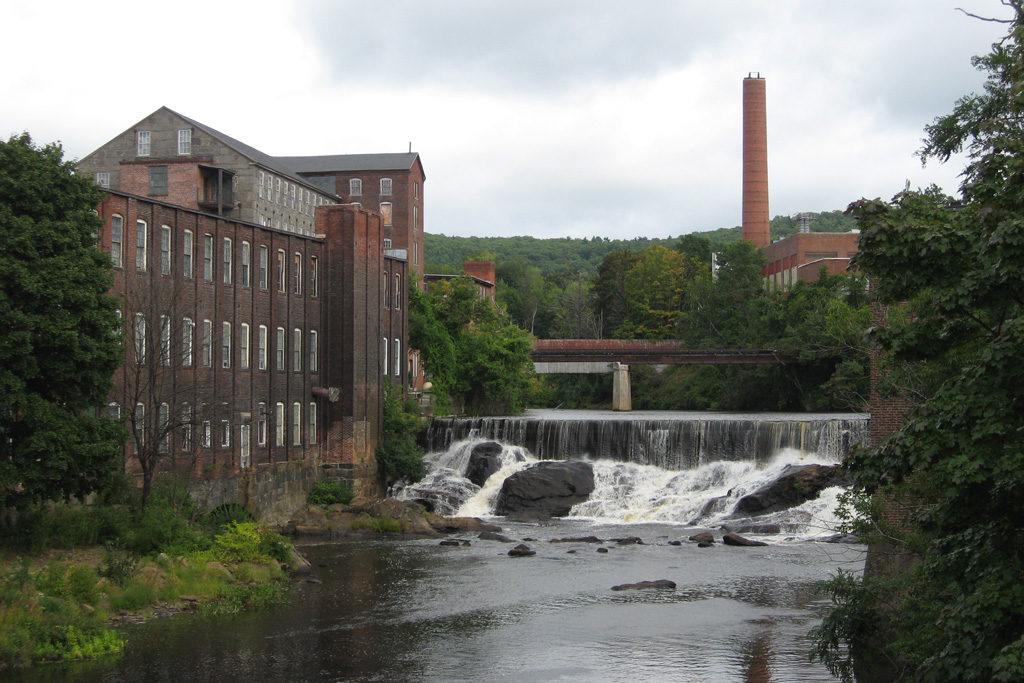 This place is beautiful. (David Boeri/WBUR)

You can be forgiven for not knowing Ware, a once-thriving mill town in central Massachusetts, where Morning Edition has been broadcasting live as part of our week-long road trip.

Driving here in the pre-dawn hours, 100 percent of the commuter traffic was heading the other direction, west, toward Amherst, where I stayed last night — there are no hotels here.

This town of 10,000, with an unemployment rate hovering at more than 10 percent, is heartbreaking. This morning, WBUR’s Bob Oakes tells the story of Mike McCarthy, who was laid off 15 months ago. Used to be you could get fired or just walk out of a factory and have a new job, at another factory, five minutes later. Now McCarthy can’t hold on to any work for more than a short stretch.

Bob asked McCarthy to think of the last thing he bought that he did not need. “It was my engagement ring for my girl,” McCarthy said.

Our makeshift broadcast booth is set up in a vacant storefront on Main Street. The ceiling is falling down. The space is used to store artificial Christmas trees and electric-light displays.

By our count, a full 25 percent of the stores on this stretch are shuttered. The town’s longtime AM radio station with the killer call letters, WARE 1250 AM, has left for neighboring Palmer. Even WBUR’s FM signal drops off for good in the next town over, Warren.

WBUR’s David Boeri, who lives in nearby Petersham (which you haven’t heard of either), describes the Quabbin region as “achingly beautiful.”

But, he says, “you can’t eat the scenery.” Wal-Mart is the biggest employer here, but it doesn’t pay a living wage. There are dollar stores, a McDonald’s and strip malls, too. But you have to turn off Route 9 and take Route 32 to get there.