You don’t get scenery like this on the Pike. Driving west on Route 9 today, toward the final stop on our road trip — Pittsfield — it’s clear that autumn is here. 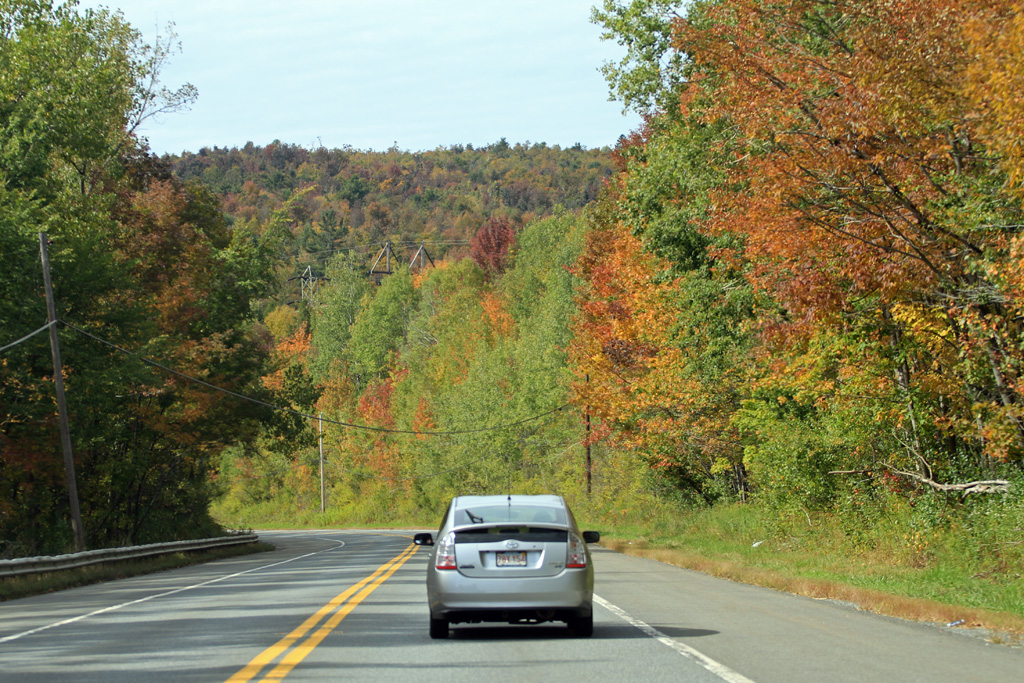 END_OF_DOCUMENT_TOKEN_TO_BE_REPLACED

The pronunciation of Amherst is an emotional issue. As far as I know, the Amherst in Massachusetts (there are 14 in the United States) is the only one pronounced with a silent H.

There’s even a T-shirt that proclaims: “Amherst, where only the ‘h’ is silent.” Yes, the people here are opinionated. 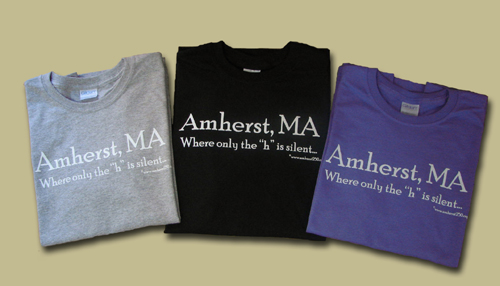 These T-shirts are for sale at Amherst250.org.

Still, I hear many students here at UMass pronounce the H — probably because they’re not from here. A cranky minority of residents actually dispute the pronunciation. One person told me it sounds elitist (maybe because the British tend to drop the H?) and another snapped that the town should drop the H if it shouldn’t be pronounced.

I even noticed some folks in our traveling crew pronounce the H in conversation — but not near microphones or around other people. Odd.

Back in May, Radio Boston host Meghna Chakrabarti — who suffers from her own silent H — made the fatal faux pas of mispronouncing Amherst a half-dozen times on the air. After the complaints rolled in, Meghna offered a linguistic olive branch to Amherstonians:

And how did I mispronounce the town’s name? In that dunderheaded inside-Route 128 way, of course. I said, am-HEARST, and not AM-erst, as Amherst should be properly pronounced.

I even called the Amherst College campus and recorded the phone greeting. Sounds like AM-urst to me, but you should listen for yourself:

For the record, official WBUR style is to drop the H. 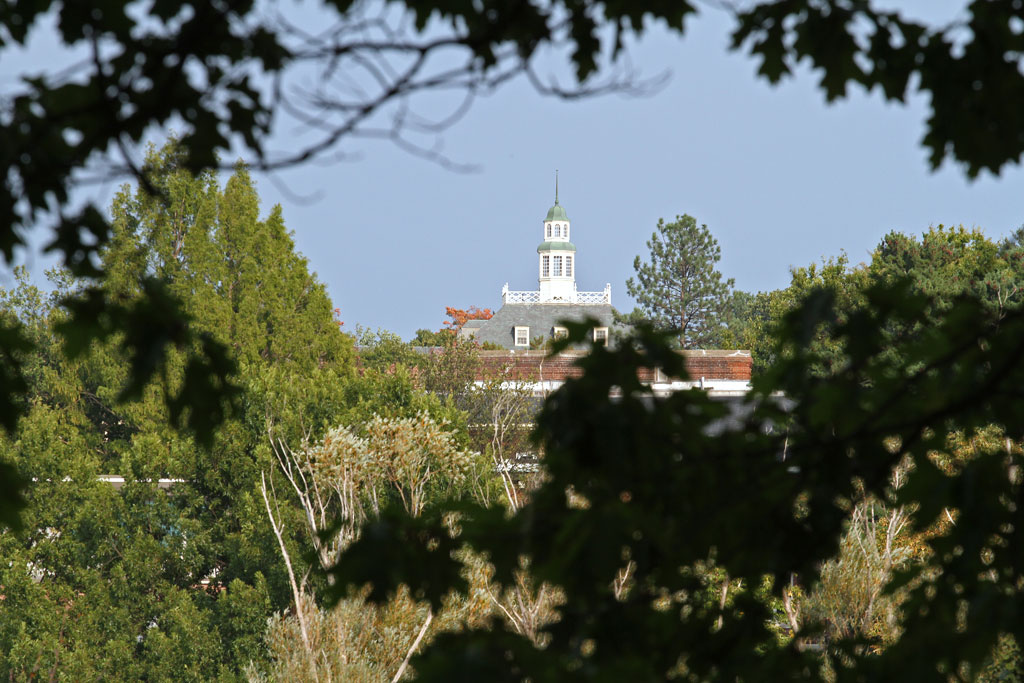 What’s news on a cool Thursday morning in Amherst — where Morning Edition is broadcasting live from the campus center at UMass to discuss challenges for higher education in Massachusetts:

3 Teen Girls Charged In Prince’s Death Due In Court

Three teen girls are due in a Massachusetts court on charges of bullying Phoebe Prince, the 15-year-old South Hadley High School student who committed suicide. All three have pleaded not guilty. (AP)

The rules, unveiled last month, require principals to notify the parents of victims and perpetrators of bullying, and to tell law enforcement officials if necessary. The state’s Board of Elementary and Secondary Education unanimously approved them Tuesday. (AP)

Three colleges in the Pioneer Valley have been listed among the most environmentally friendly schools in the nation,one being the University of Massachusetts. (The Daily Collegian)

John Musante will be Amherst’s new town manager on Oct. 1 following a unanimous vote by the Select Board to appoint him to the position and forgo a national search. (Amherst Bulletin)

On the day Minuteman Marching Band director George N. Parks was laid to rest, the University of Massachusetts announced a public memorial service has been scheduled in his honor Oct. 16. (The Republican)

Death Of George Parks Brought Out The Best In Umass

The phrase “UMass community” gets used pretty often around here, particularly when there is a tragic loss. But as the passing of University of Massachusetts Minuteman Marching Band Director George N. Parks showed, such a thing does exist. (The Daily Collegian)

What are you reading, Amherst?