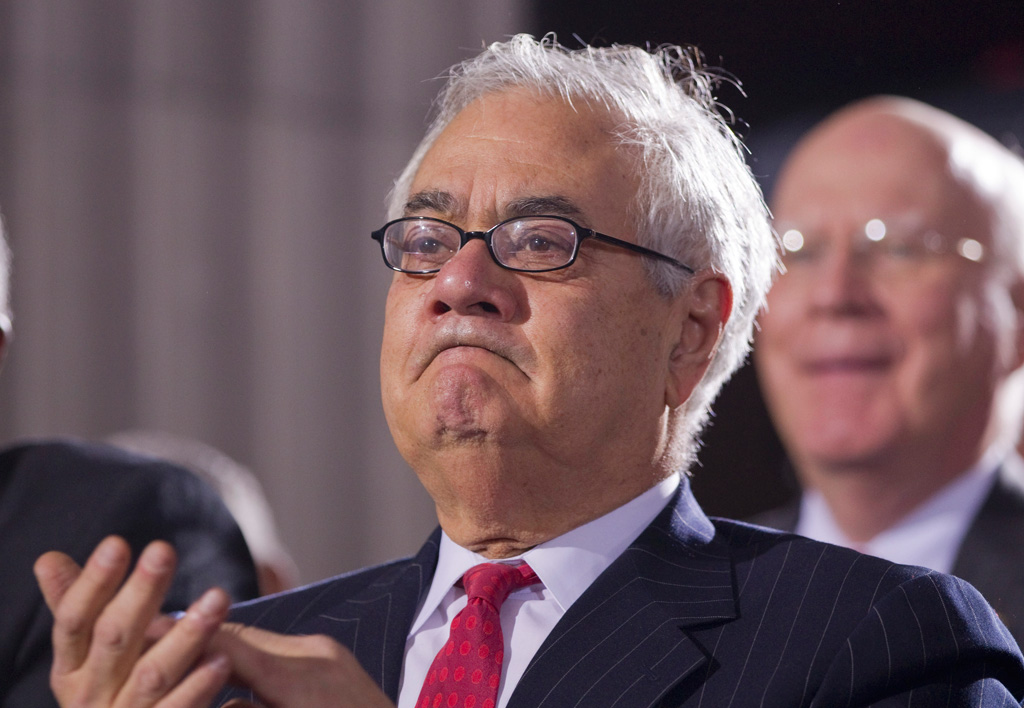 When Rep. Barney Frank publicly revealed he was gay in 1987, gay men and women were forbidden from serving in the military. At a signing ceremony Wednesday morning, Frank struggled to compose himself. President Obama was repealing 17 years of keeping gay service members in the closet.

On Tuesday, at a enrollment ceremony for the “don’t ask, don’t tell” repeal, Frank declared progress:

“Four years ago, a Republican running for Congress in Indiana said, don’t vote for his Democratic opponent because if he won, Nancy Pelosi would become speaker and she would let me enact the radical homosexual agenda,” he said.

Maybe marriage will be his next big fight. Mr. Obama, in a news conference today, said his feelings about gay marriage are “constantly evolving.”

“I struggle with this,” the president said. “I have friends, I have people who work for me who are in powerful, strong, long-lasting gay or lesbian unions. And they are extraordinary people. And this is something that means a lot to them and they care deeply about.”