But this one was unusual: 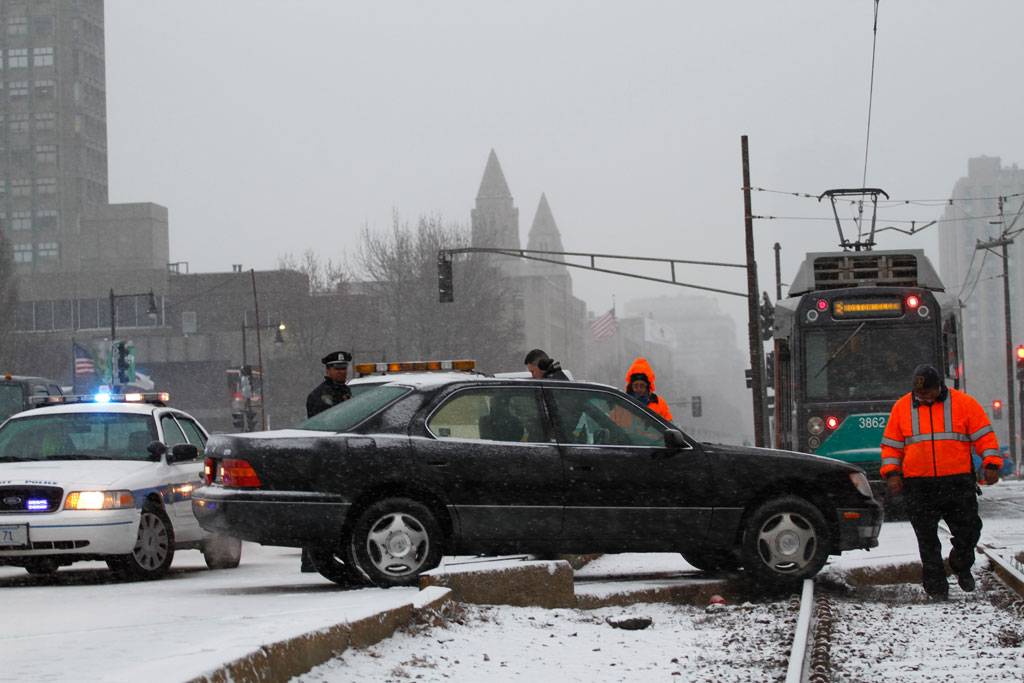 A car traveling west on Commonwealth Avenue, near the BU Bridge, skid on ice and ended up right in front of a Green 'B' Line MBTA train. (Andrew Phelps/WBUR)

A black Lexus traveling west on Commonwealth Avenue, near the BU Bridge, found itself parked right in the path of a Green ‘B’ Line trolley. The passenger told me the driver hit a patch of ice. He steered right; the car veered right. The trolley did not hit the car.

No one was hurt, but many were miffed. Some T passengers chose to disembark and walk. Traffic on both sides of the road stretched as far as the eye could see.

Unlike many Green Line delays, this one cleared up relatively quickly. After two tow truck drivers argued about jurisdiction — city or MBTA property? — the car was removed from the tracks and the trolley toot-tooted away.

Update 2: Wicked Local Newton snapped a photo of holiday J-O-Y over the Pike, where traffic is awfully slow-going in this first snowfall of the season.