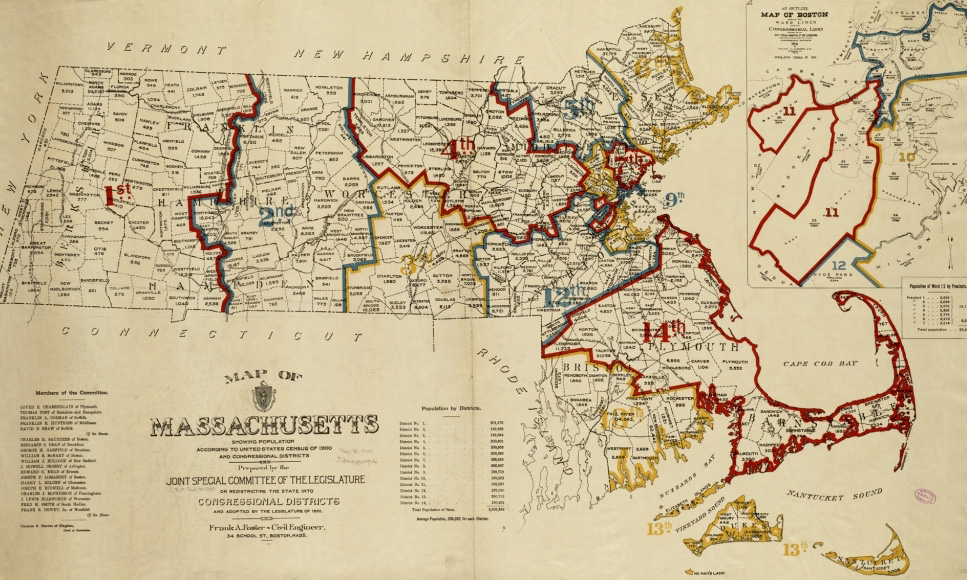 Massachusetts had 14 congressional districts in 1900. Between 1900 and 1910, the state grew by 20 percent, increasing representation to 16 seats. Since, the delegation has been reduced, and could reach nine seats after the 2010 census is released. (Courtesy of the Norman B. Leventhal Map Center/Boston Public Library)

Tomorrow the Census Bureau releases its decennial tally of the U.S. population. The count plays a vital political role determining representative apportionment — a topic I covered in September, as Massachusetts is expected to lose a congressional seat. But ahead of all the political wrangling and hypothetical scenarios, a simple look at the facts and figures of our state is pretty interesting.

The bureau has an interactive graphic comparing population change, population density and political apportionment over the last 100 years. I’ve embedded it below; if you have any trouble viewing it, find it on the Census website.