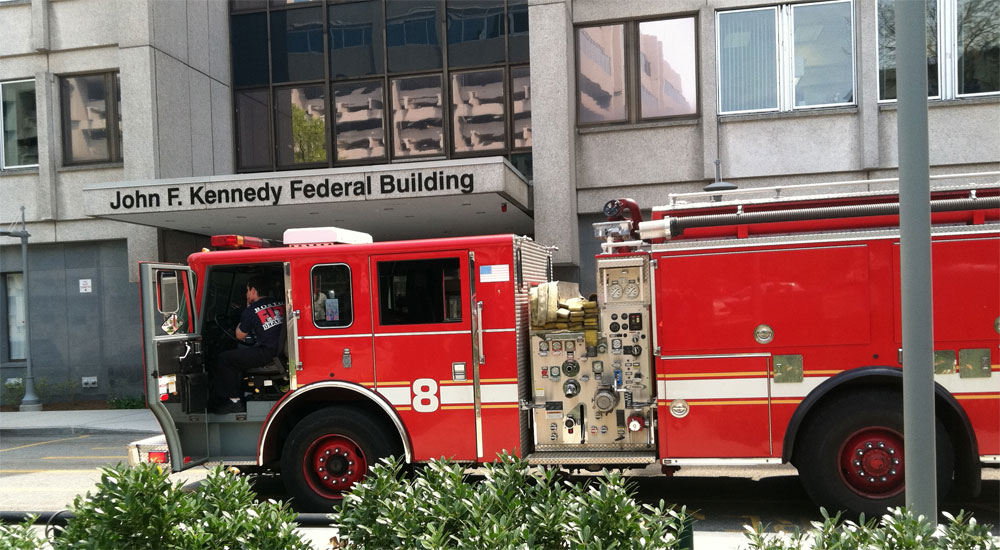 Authorities say there is no threat from white powder found earlier today in envelopes at the offices of Attorney General Martha Coakley and Sen. Scott Brown.

Boston Fire Department officials found the first envelope at about 11 a.m. when an employee in Coakley’s office opened a piece of standard mail and the powder spilled out.

“Initial field tests have been conducted and the results do not indicate that the substance poses a risk,” the attorney general’s office said in a statement. “In an abundance of caution, additional testing will be conducted.”

The second envelope was found a short time later at Brown’s office in the John F. Kennedy Federal Building.

There were no injuries and no evacuations.

A third letter containing a suspicious white powder also was being investigated Tuesday at the Franklin County Courthouse in Greenfield, which was evacuated as a precaution.