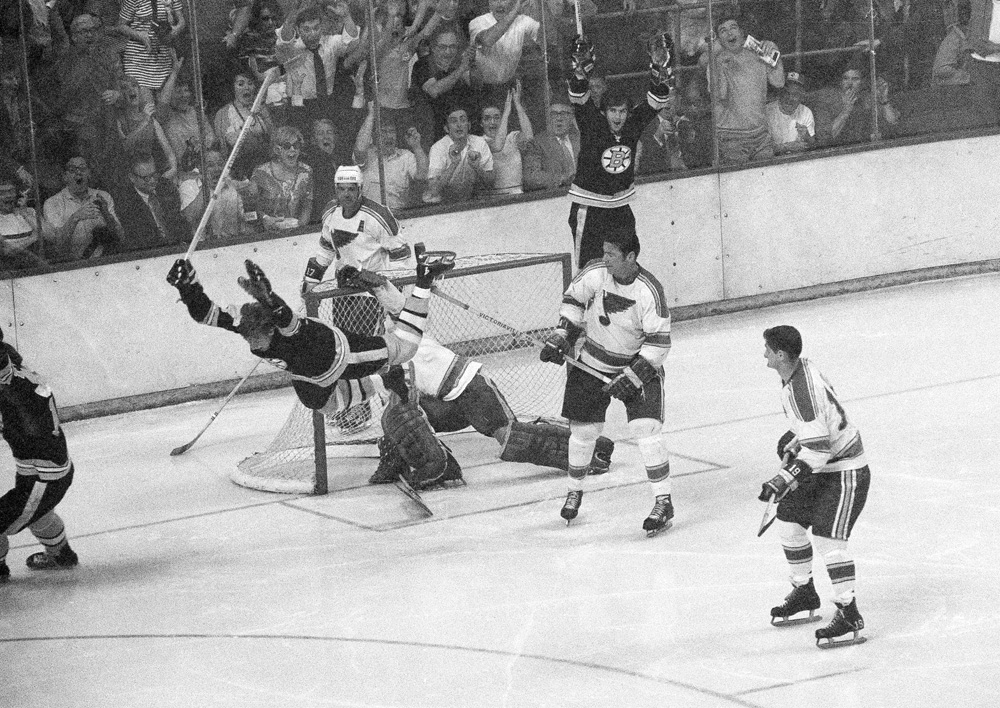 It’s great to see the Boston Bruins doing so well this season. I’m an admitted casual fan, but always get caught up in the hoopla as the team moves further along in the playoffs.

It takes me back to my youth when it seemed like everyone in the 617 area code — back then that was all of eastern Massachusetts — followed the big, bad Bruins. The names Orr, Sanderson, Esposito and Cheevers were spoken with reverence. People actually went out and bought new TV antennas so they could watch the games on TV-38.

Today marks the 41st anniversary of one of the greatest moments in Bruins history. May 10, 1970 was the date Bobby Orr scored against the St. Louis Blues in the opening minute of overtime to capture the Stanley Cup for the first time in 29 years.

I was only eight years old on that hot and muggy Mother’s Day Sunday when the B’s ended that drought. At that age, I assumed that 29 years beforehand, dinosaurs were still roaming the earth. It was basically ancient history.

END_OF_DOCUMENT_TOKEN_TO_BE_REPLACED

In an effort to combat prostitution, the Massachusetts House is considering a bill that would define pimps as “human traffickers.” Advocates say that changing the law would focus law enforcement’s attention on pimps and johns instead of prostitutes.

Gov. Arnold Schwarzenegger and Maria Shriver announced yesterday that they’re separating after 25 years of marriage. The daughter of the Kennedy dynasty and the former California governor had seemed to be living separate lives since Schwarzenegger left the governor’s office, according to many observers.

The recipient of the nation’s first full face transplant showed off his new life yesterday. Dallas Wiens told the Herald, “To me the face feels natural. It feels like it has become my own.”

The mayor of Newton announced yesterday that he’s entering the race to become the Democratic challenger to Sen. Scott Brown. Mayor Setti Warren is in his second year of his first term as the state’s first popularly elected black mayor.

Jurors in the federal corruption trial of former House Speaker Sal DiMasi got a lesson in lobbying and influence peddling in state government yesterday.

Quincy Market may soon be under new management. The financially struggling management company that currently owns the lease is looking to unload the historic property.

The Celtics gave away Game 4 in overtime last night, 98-90. The team heads back to Miami down 3-1, facing three must-win games.

What we’re following: We’ll continue to report on the philanthropists who’ve signed away half their fortune, changes to wind turbine ordinances in Falmouth and horse racing at Suffolk Downs.