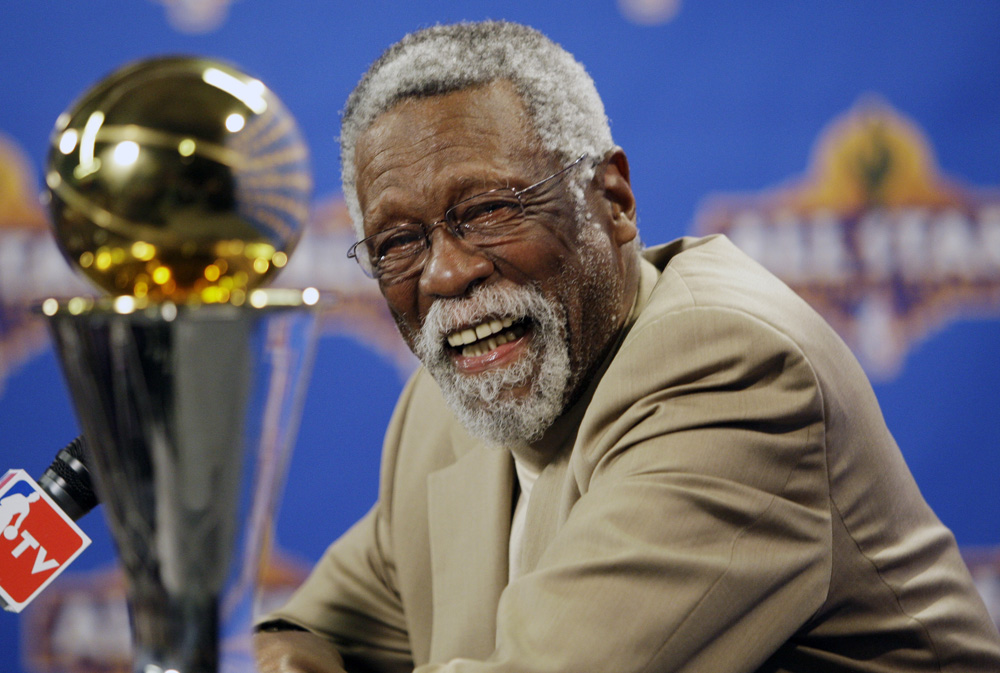 Celtic great Bill Russell reacts at a news conference as he learns the most valuable player award for the NBA championships was renamed the Bill Russel NBA Finals Most Valuable Player Award. (AP)

The Boston Celtics announced today that the team’s charitable arm will be erecting a statue of Celtics great Bill Russell.

Long overdue, the statue will memorialize the Hall of Famer’s accomplishments both on and off the court, the team said in a release. It’s not known yet where the statue will be located.

One of the best NBA players of all time, Russell brought an incredible 11 championships to Boston and won four MVP awards. He ranks second in the NBA in total career rebounds with over 21,600.

Off the court, Russell is remembered as an outspoken civil rights advocate and, to many, a complex figure who never shied from speaking his mind. President Obama honored Russell with the nation’s highest civilian honor, a Presidential Medal of Freedom, in February.

“(Russell) almost single-handedly redefined the game of basketball,” the White House said in a statement at the medal ceremony. “The first African American to coach in the NBA — indeed he was the first to coach a major sport at the professional level in the United States — Bill Russell is also an impassioned advocate of human rights. He marched with Dr. Martin Luther King, Jr., and has been a consistent advocate of equality.”

Back in February, local graphic designer Nate Morrow mocked up in Photoshop what a possible Bill Russell statue might look like.

Now that it’s becoming a reality, where should the statue go?