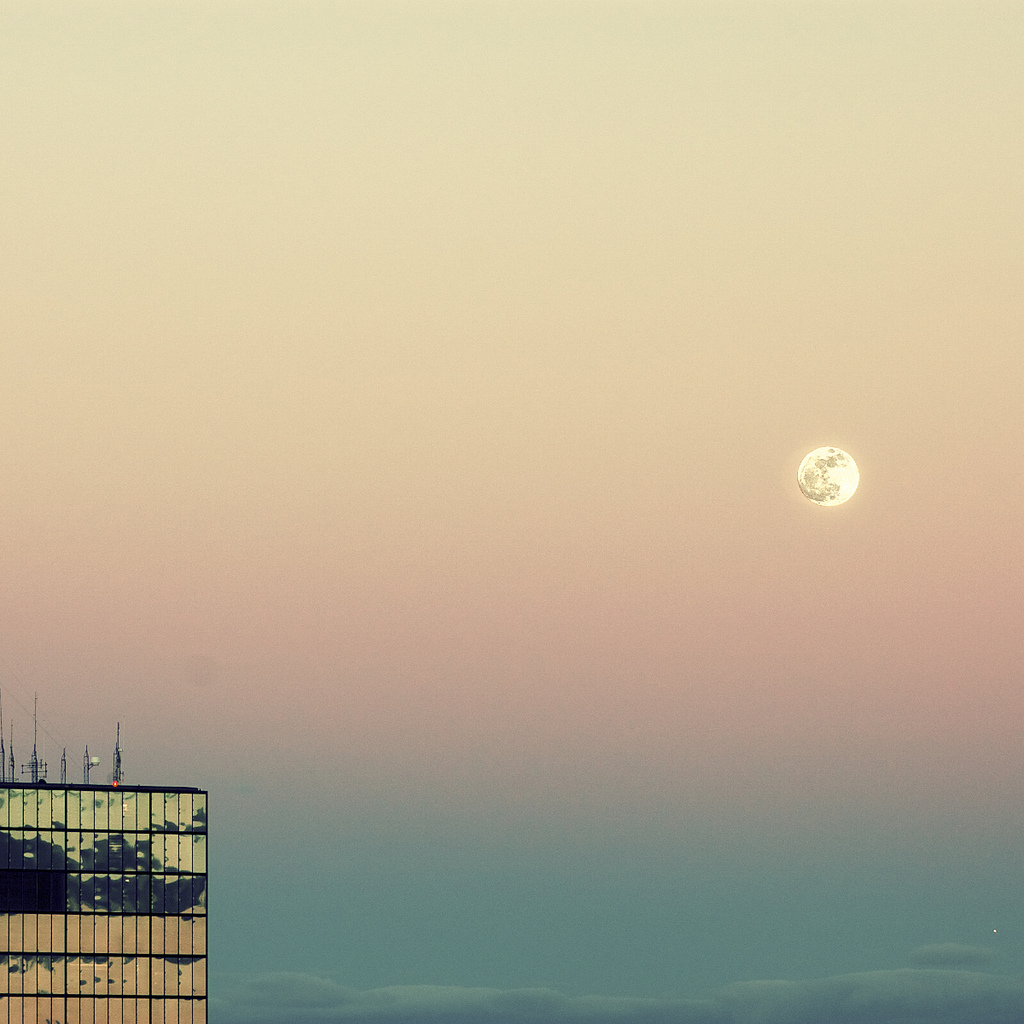 Now that I’m out of the election fray, it’s back to the Hubbub Photo of the Day…

Photographer Almond Butterscotch submits this image from downtown Boston to WBUR’s Flickr group. Can you name the building?

On Nov. 9, 1960, back when breaking news came across the TeleTYpe — think of it like tweets printed out on paper — this is how The Associated Press informed newsrooms around the world of a presidential victory in Massachusetts:

Kennedy had eked past Republican Richard Nixon by 11 electoral votes. Afterward, outgoing President Dwight D. Eisenhower sent a telegram to Hyannis Port to arrange for a peaceful transfer of power: 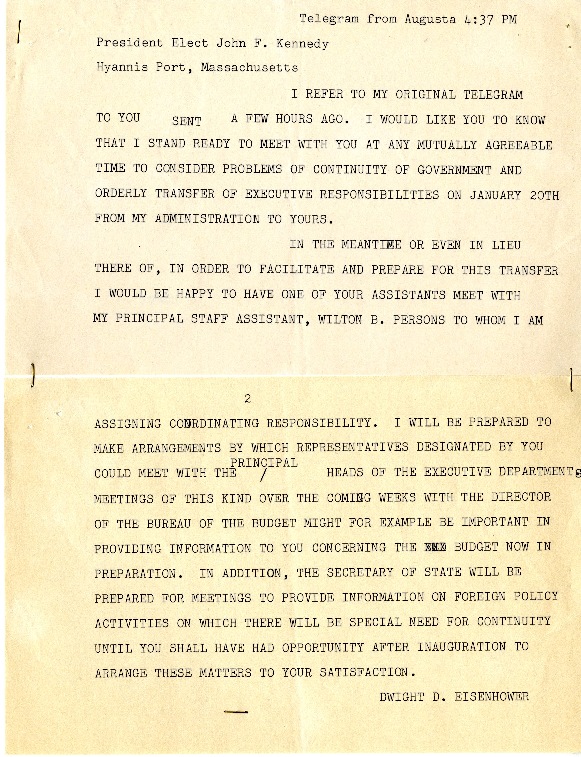 It was that night, at that rally, that a young Thomas M. Menino would find political inspiration.

And 50 years ago today, on Nov. 8, Kennedy and his wife, Jacqueline Onassis, cast their ballot in the old West End branch of the Boston Public Library. On this golden anniversary, Mayor Menino has declared John Fitzgerald Kennedy Victory in Boston. 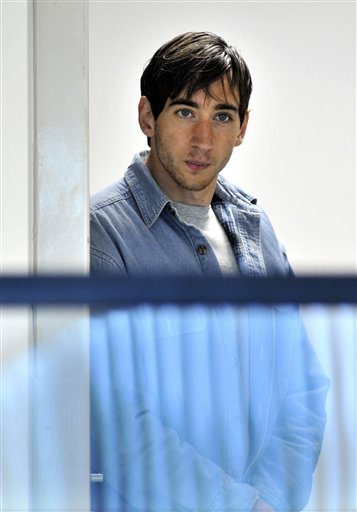 Adam Wheeler pleaded not guilty at his arraignment in Woburn on May 18. (Josh Reynolds/AP)

Adam Wheeler, the ex-Harvard student accused of crafting an elaborate and calculated lie about his academic record, is in Middlesex Superior Court for a pre-trial hearing Monday.

As you might recall, the charges read like a scene from “Catch Me If You Can.” The 23-year-old is accused of pedaling multiple fake identities, fabricating transcripts and lying about his SAT scores, among other charges.

The case has raised questions about Harvard’s “black box” admissions policy, which is under review.

In a blog post today, independent college consultant Nancy Griesemer says the dean of Harvard admissions has acknowledged changes to the admissions process “after some soul searching.”

Jeff Lorton, head of the anti-plagiarism site Turnitin for Admissions, tells me he’ll be in Boston next week to meet with universities about his service. As I explained back in May, Harvard might have benefitted from Lorton’s service in this case.

Wheeler pleaded not guilty in May. He appears in Woburn court for an evidentiary hearing today. The trial is scheduled for Feb. 7, 2011.

Drug treatment in the aftermath of Ballot Question 1. Massachusetts voters rescinded the sales tax on alcohol last week. That revenue has been used, in part, for treatment programs. Now many providers wonder where the funds will come from. We talk to someone who runs a treatment clinic and a former client.

My conversation with Monica Gaudio, the blogger whose Cooks Source plagiarism post was heard ’round the worldwide Web.

Boston University students sum it up in this video: “Trying to look like you don’t have as much money as you actually do.”

Their words, not mine.

END_OF_DOCUMENT_TOKEN_TO_BE_REPLACED

E Ink is poised to transform the e-book again —  this time in color.

The Cambridge-based, Taiwan-owned company makes the screens used in 90 percent of e-readers, including Amazon’s Kindle. The technology began as research in the MIT Media Lab in 1997. 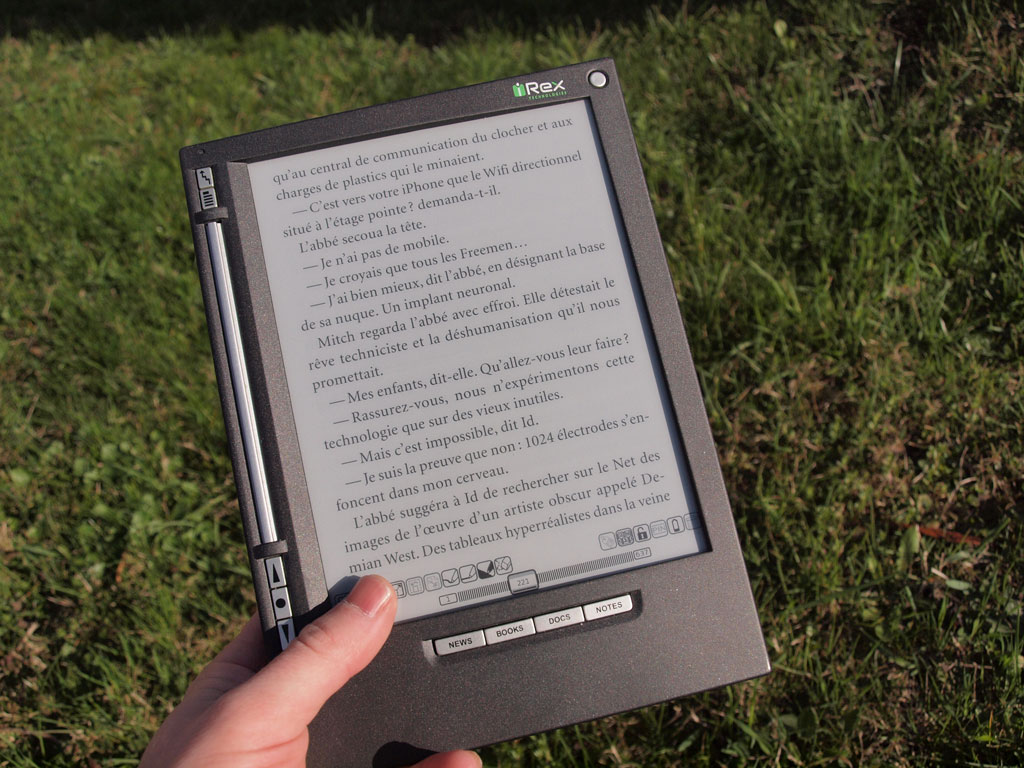 E Ink is wicked legible, even in direct sunlight. (Martouf via Wikimedia Commons)

E Ink text is highly legible, even in bright sunlight. (Trying to read on an iPad at high noon is an exercise in futility.) But E Ink screens have been limited to shades of gray, until now.

First, a quick primer on how E Ink works: Black and white pigments embedded in the screen are electrified. A reader “flips” a page and the pigments are physically rearranged to form a new image.

The Hanvon e-reader, made in Beijing, will be the first color E Ink device, the New York Times reports. The technology uses the same electirifed pigments but adds a color filter. Colors won’t pop like they do on an iPad or your flat TV, but the battery life remains the same — measured in weeks, not hours.

No word yet on when the tech might be available in the United States.

A new version of the Barnes & Noble e-reader, Nook, will soon be available in color. But that uses liquid crystals, not E Ink.

In other e-book news, the Globe’s Hiawatha Bray reports on a new partnership between a Concord company and Boston publisher Houghton Mifflin Harcourt to sell color e-readers for children. The Fable will be a sort of iPad-Kindle hybrid and run on Google’s Android mobile operating system.

What’s news on this Monday of work-from-home weather in Boston:

New Englanders are waking up to a mix of rain and slushy slow. “The precipitation is expected to turn to all rain as the day moves along but temperatures will stay in the 30s in many areas.” (AP)

The city honors JFK’s election, which was 50 years ago today. “Menino recalled running after Kennedy’s motorcade, chasing it toward the old Boston Garden after watching him give a rousing speech at Faneuil Hall.” (Globe)

A teenage male was shot to death in Mattapan early Sunday. (BPD)

A 30-year-old man was stabbed to death in Roxbury on Saturday night. (BPD)

The Patriots lost. “Two fumbles — including tight end Rob Gronkowski’s on the goal line — contributed to a 17-7 deficit at halftime that proved insurmountable.” (Herald)