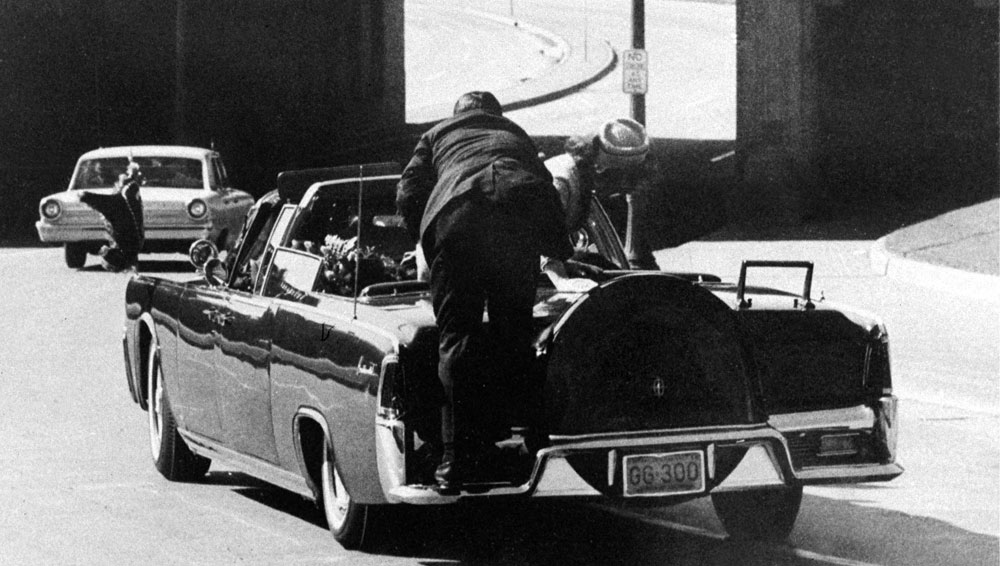 Secret Service agent Clint Hill jumps on the back of the Kennedy motorcade after President John F. Kennedy was shot in Dallas on Nov. 22, 1963. (AP)

On the anniversary, Radio Boston speaks with two men who were there that day — and who tragically failed at their jobs. Gerald Blaine and Clint Hill were Secret Service agents assigned to protect the president and his motorcade. Hill was the first to jump on Kennedy’s car after he’d been shot.

For decades, Blaine, Hill and the 32 other agents who protected Kennedy around-the-clock stayed quiet about the assassination. They’ve now opened up for Blaine’s book, “The Kennedy Detail,” which outlines the behind-the-scenes account of the day’s events.

NECN also aired a CNN conversation with the two former agents. Speaking near Kennedy’s grave in Arlington National Cemetery, Hill spoke about getting to the car a few seconds earlier:

Without a question I’d be taking a bullet for the president and be dead. It would be a happier ending for the country and for everybody.