Justice never rests on the Internet. 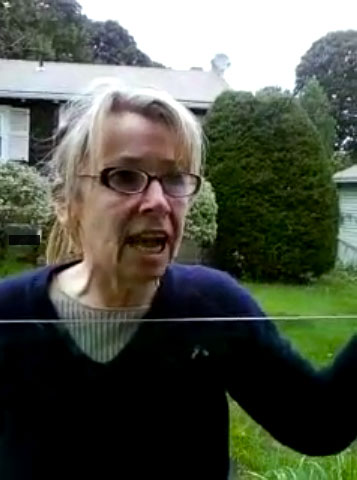 This woman calls a mail carrier the "N" word and other unpleasantries.

In this video making the worldwide rounds (Part 1 and Part 2), an exasperated woman goes postal on a mail carrier, calling him the “N” word and worse when he refuses to take back a letter she signed for. (The carrier says he was later fired, but it’s not clear why.)

It turns out this happened in our backyard — or so say a band of anonymous justice seekers on the Internet. Within hours of the video turning up on YouTube, websites claim to have unearthed nearly every detail of the woman’s identity, including her home address in Hingham.

I guess the Internet has moved on from the Cooks Source scandal, which is so last week. (In that case, hundreds of people compiled a Google spreadsheet that documents apparent widespread plagiarism at the western Mass. cooking magazine.)

Commenters have put the heat on the Hingham woman by publishing her home address and phone number. Gawker has a play-by-play of the concerted effort to track her down, which demonstrates the intensity and speed of a truth-seeking crowd.

But not all questions are answered. Who is the mail carrier who recorded the video? Why was he fired? What might have provoked this woman’s rage?

Update: The Globe identifies the woman as Erika Winchester and the mail carrier as Hugson Jean, 48, of Roslindale. Jean was fired but not as a result of this incident, according to his former employer, the U.S. Postal Service.

Hello from inside the new glass-and-granite courtyard at the entrance to the MFA’s Art of the Americas wing — where a who’s who of the art world showed up for the unveiling.

The expansion opens to museum members Nov. 12 and the general public Nov. 20.

Good morning! The Museum of Fine Arts unveils its massive, $504 million expansion to the press today. The Art of the Americas wing has been guarded with Apple-like secrecy. I’ll be covering the opening with WBUR’s Andrea Shea and Jesse Costa. (Catch up on all of our coverage in our special section: The ‘New’ MFA.)

Stakes are four stories high for the MFA expansion. “Los Angeles and Chicago have not been as successful in raising money for their own museum campaigns. Or as strategic.” (WBUR)

Harmonix, the Cambridge company behind “Rock Band,” is for sale. Viacom acquired the company for $175 million four years ago, but sales are slipping. Harmonix won’t comment. (Globe)

A Somerville police detective is out of the hospital after his brush with death. Det. Mario Oliveira was shot in the chest and abdomen Nov. 2 while serving a warrant. The injuries were called life-threatening. Police shot dead the suspect. (Herald)