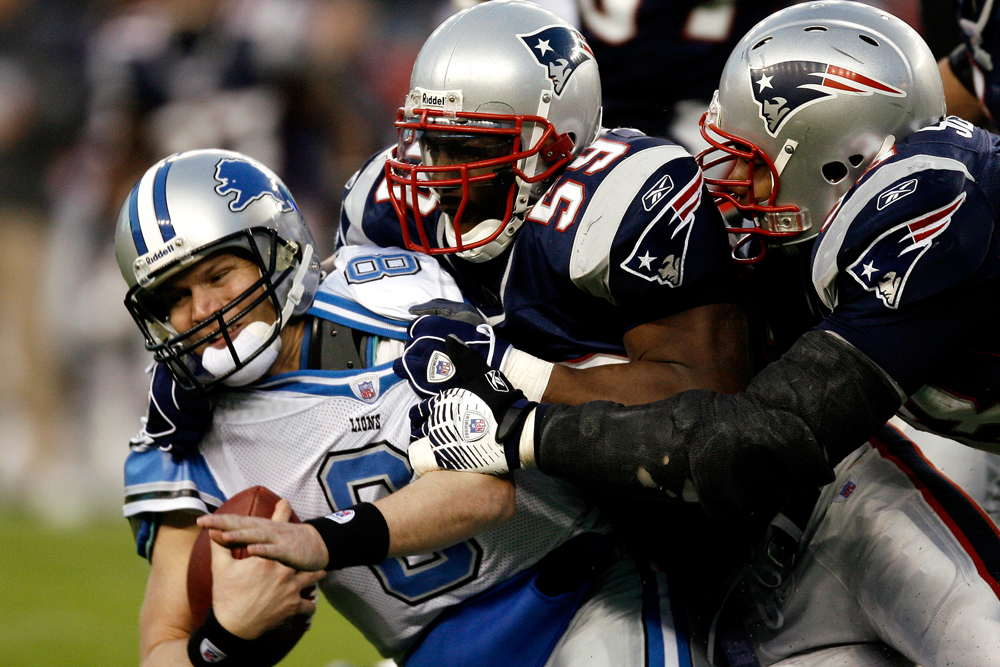 The Patriots aren't just hungry for Turkey on Thanksgiving. They eat QBs, too. (AP)

Though they’ve been able to celebrate just five wins among them this year, football fans across the country are jealous of fans in Dallas and Detroit.

Every year, fans of the Cowboys and the Lions kick back after a long, hard day of stuffing stuffing on their plates, chopping down thick carrot sticks and drizzling a deluge of gravy on pounds of turkey to relax and doze in front of the TV as their teams square off in an annual NFL Thanksgiving ritual.

The Lions, Cowboys and their fans (oh my!) get to play every year on Thanksgiving, the one day dedicated to the three F’s: family, food and football. What a day.

It seems unfair, though, that the same teams and the same fans get the prime game slot every year.

Pro football on Thanksgiving began as a marketing gimmick, of course, when the Portsmouth (Ohio) Spartans moved to Detroit and became the Lions in 1934, according to the Pro Football Hall of Fame. The Lions have been playing on Thanksgiving ever since.

The Cowboys’ Thanksgiving ritual doesn’t have quite as historic roots, but they’ve played on the holiday every year since 1966, except in 1975 and 1977.

This year, however, fans across New England will get to have their turkey and eat it, too. The Patriots take on the Lions in Detroit at 12:30 p.m.

Today, for once, enjoy your Patriots. And John Madden’s famous Turducken.

The news today, of course, focuses on just how good Mom’s pumpkin pie is this year and what you have to do to get your brother to pass the darn mashed potatoes.

Here’s what else is news on this chilly but beautiful holiday:

On one of the busiest travel days of the year, officials at Logan International Airport said that the holiday travel rush went smoothly yesterday. While it was busy at Logan, travelers mostly ignored a call to protest increased security measures. (WBUR)

Many Thanksgiving dinners will be interrupted this afternoon, as families pause the festivities this afternoon to watch the Patriots take on the Lions in Detroit at 12:30. Though seemingly a mismatch, the Pats would be wise not to take the Lions too lightly. (Herald)