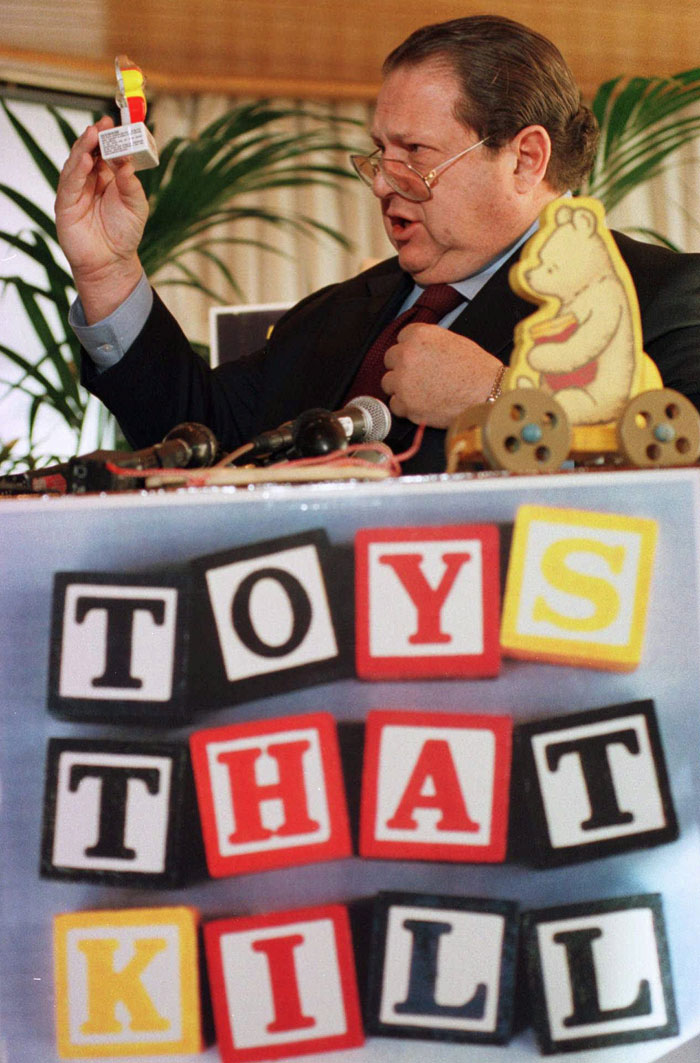 As holiday gift lists form in advance of Black Friday, one annual list stands out.

The “10 Worst Toys” list has been presented each November since 1973 by World Against Toys Causing Harm (WATCH), a Boston-based group. But for the first time this holiday season, the nonprofit’s founder isn’t around for the list.

Edward Swartz, a Boston lawyer and consumer safety advocate, died in his Brookline home in September. He was 76.

A successful lawyer who won multimillion dollar cases, the Boston Globe obit refers to Swartz as “the Nader of the nursery,” after former presidential candidate and product safety advocate Ralph Nader. In the obit, Nader says toys are generally safer because of Swartz. Nader also notes that “very few trial lawyers move into prevention.”

The 2010 list ranges from the dangerous-sounding Kung Fu Panda Sword of Heroes to the seemingly innocuous Animal Alley Pony, which, says WATCH, “has long, fiber-like hair that is not adequately rooted and is easily removable, presenting the potential for ingestion or aspiration injuries.”