Ebony Flonory fainted upon seeing the bodies of her sister, Eyanna Florony, and her nephew, Amani Smith. (Via AP)

The woman sitting next to me, Melanie Brown, had been to these before.

“When they close the casket, it’s usually the hardest part,” she whispered to me, as mourners paid their final respects to mother and son.

The body of 2-year-old Amani Smith lay in Eyanna Flonory’s arms, just as the police had found them a block away, on Woolson Street.

The undertakers closed the casket, and a sadness fell over the church. There was a portrait of a smiling Eyanna and the cutest little kid you ever saw.

“I lived on every street in this neighborhood,” Brown said, including Woolson. Her son went to school with Simba Martin, Flonory’s boyfriend, who was laid to rest Tuesday. Brown said it was her godson, 19-year-old Aaron Brown, who was shot to death last August at the Dorchester Y.

Brown can’t take any more violence. She wants the drugs and guns gone. “They don’t want to fix it.” Who is they, I ask? The government, politicians, she says.

“I’m going into a season of prayer. I’m asking God to change the spiritual climate in the City of Boston,” Borders preached, his voice rising. “God has had enough.” He pounded the lectern.

The most powerful words came next:

Our teachers have to teach lessons that are higher than MCAS. We can’t stop at MCAS. We have to go higher than MCAS. Our politicians have to end the lying, and they have to end the division. Our police have to return to neighborhood policing and end police brutality. The media has to stop recording all the bad things that happen in our neighborhood and learn to start recording the positive things that happen in our neighborhoods. And our fathers have to take their families back. Our men have to be men. Our mothers have to take the locks off the doors of their children. They have to go inside of their rooms and throw out everything that doesn’t belong there. And if you know where the guns are, and if you know where the drugs are, stop worrying about being a snitch. You have to report it. You’ve got to get the guns out of this community. And you’ve got to get the drugs out of this city. I’m stirred up! I’m not going to take it anymore!

Eyanna and Amani are murder victims No. 48 and 49 this year. Amani is by far the youngest on this list. And Borders wants the outrage of a 2-year-old’s death to wake up this city.

“God is going to use this death to turn us back to God.” 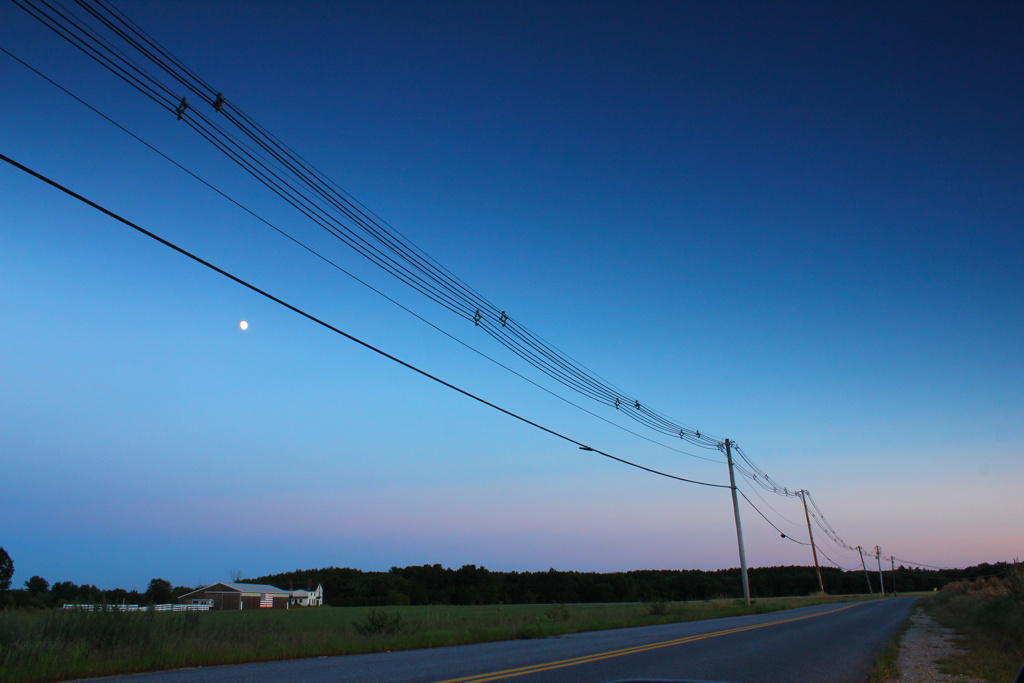 Photographer Ross Barros-Smith captured the moon rising besides a highway in Acton. An emotive shot and worthy of Hubbub’s Photo Of The Day. He describes the shot:

The photo was taken on August 20th, 2010 at 7:48PM on Weatherbee Street facing south toward Route 2 in Acton, MA. The best public radio station in the country comes in loud and clear from here.

I used a a Canon T2i mounted with an 18mm lens at f/13 and an ND4 graduated neutral density filter with an extra empty filter ring for the vignetting.

Have some pictures of your own? Why not submit them to  WBUR’s Flickr group? 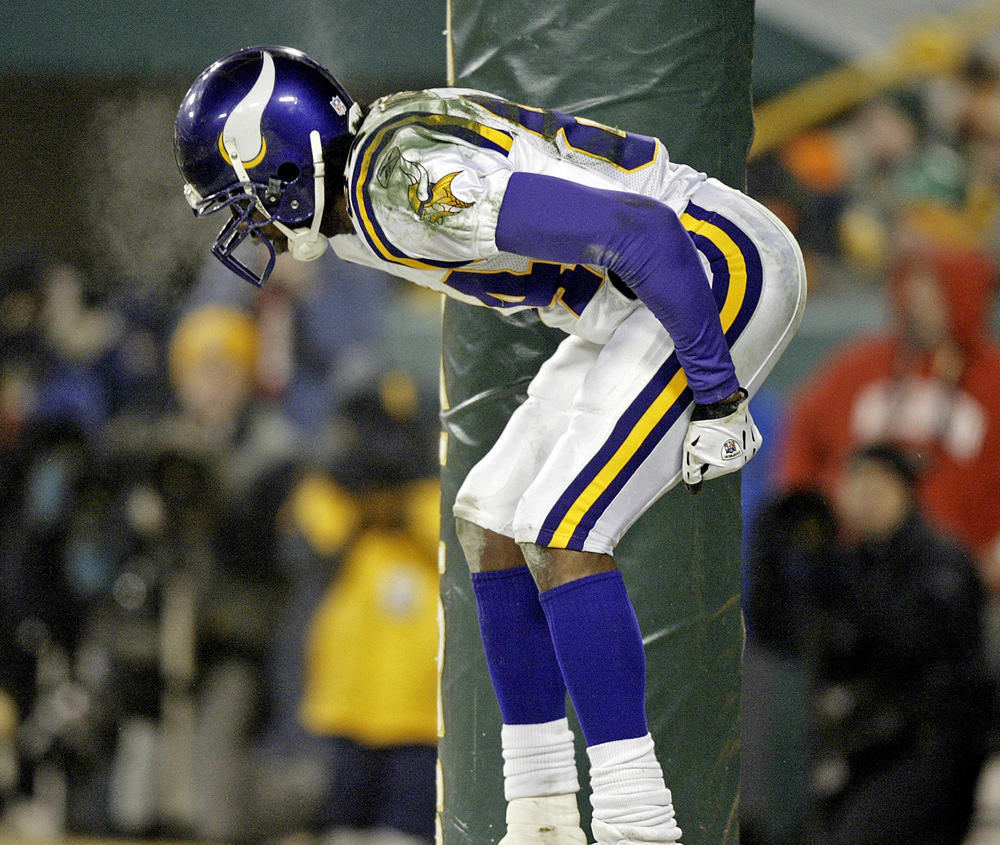 Then-Minnesota Vikings receiver Randy Moss pretends to "moon" the crowd after catching a 34-yard touchdown pass in an away game against the Green Bay Packers in 2005. (AP)

Unless you were on Twitter last night, you likely woke up today shocked to learn that Patriots star receiver Randy Moss would be traded to the Minnesota Vikings, reportedly for a 3rd round pick.

Most Patriots fans knew that Moss was unhappy that he hadn’t been offered a contract extension by the team, but very few knew that a trade was in the works.

The only New Englander who had caught a whiff of trade action, it seems, is a transplant living on the West Coast. Bill Simmons, ESPN columnist and No. 1 Boston sports fan, had heard rumors and was checking in to them. As a columnist — not a reporter — Simmons isn’t known for working the phones to check on a story.

Not only did Simmons attempt to dig for details, he also mistakenly let his over 1 million Twitter followers in on the hunt.

At around 7:15 Tuesday night, Simmons sent out a tweet (since deleted) that roughly read, “Moss Vikings.” Three minutes later, Simmons (@sportsguy33) immediately followed up his original tweet with a message that read:

@sportsguy33 Sorry that last tweet was supposed to be a DM. Rumors swirling about a Pats-Minny trade for Randy Moss.

Simmons had meant to write a “direct message” — a message only viewable by a specific person and akin to a Twitter e-mail. Instead, Simmons had mistakenly sent his first message to the entire world.

Thanks to Simmons’ popularity and proximity to ESPN’s stable of reporters, the Twitterverse exploded with speculation immediately after Simmons’ original, mistaken, tweet.

Veteran NFL reporter Jay Glazer picked up the scent and before 8 p.m. reported via Twitter:

@Jay_Glazer Yes, vikes and pats have been working on trade that sends randy moss to vikes and r very clode (sic) but can’t be done until vikes and moss work out new contract, whcih (sic) they r working on

At 7:58, New England Cable News reported that there was, in fact, no trade in the works. By then, however, most NFL reporters were feverishly trying to get the facts and Twitter users all over the country had a headache.

As we now know, the deal was real and Simmons was right. The Herald’s Ian R. Rappaport reported via Twitter that the Patriots have made the trade official and head coach Bill Belichick even released a rare statement wishing Moss well.

The speculation surrounding the Randy Moss trade perfectly illustrates today’s media landscape. Access to Twitter spurred reporters to cover a breaking story, allowed them to report anything they were able to dig up and inform fans in real time. It also served as a venue for wild speculation, the reportage of false information and lots of questions.

How will the Pats fare without Moss? Have your say in the comments.

What’s news on a cold, rainy Wednesday morning in Boston:

The wife of US Representative John F. Tierney is poised to plead guilty today to federal tax charges for managing a bank account that her brother allegedly used to deposit millions of dollars in illegal gambling profits raked in from an offshore sports betting operation in Antigua. (Globe)

Family, Friends Will Say Good-Bye To Mother And Son

Hundreds of heartbroken relatives and friends are expected to gather today at a Mattapan church to say goodbye to a young mother and her 2-year-old son who died in a hail of bullets and now will be laid to rest in the same coffin at a Roslindale cemetery. (Herald)

A Small But Powerful Army On Boston’s Most Violent Streets

On a disproportionately violent stretch of Blue Hill Avenue, StreetSafe deploys its roughly 20 street workers to reach out to some of the city’s most at-risk youth. (WBUR)

A 10-year-old girl was found hanged in her Allston apartment last night, in what police said appeared to be a suicide. (Globe)

Sources: Patriots Near Deal To Trade Randy Moss To Minnesota

The Vikings and the Patriots are planning to complete the blockbuster trade that will send the Pro Bowl wide receiver back to Minnesota on Wednesday, multiple league sources told ESPN NFL Insider Adam Schefter. (ESPN)

Also: Moss would be moving to the only place with a colder winter than Boston.

Nobel Winner In Chemistry Was Born In Mass.

One of this year’s Nobel Prize in chemistry winners is a Massachusetts man. The Nobel committee says 79-year-old Richard Heck was born in Springfield. (AP)