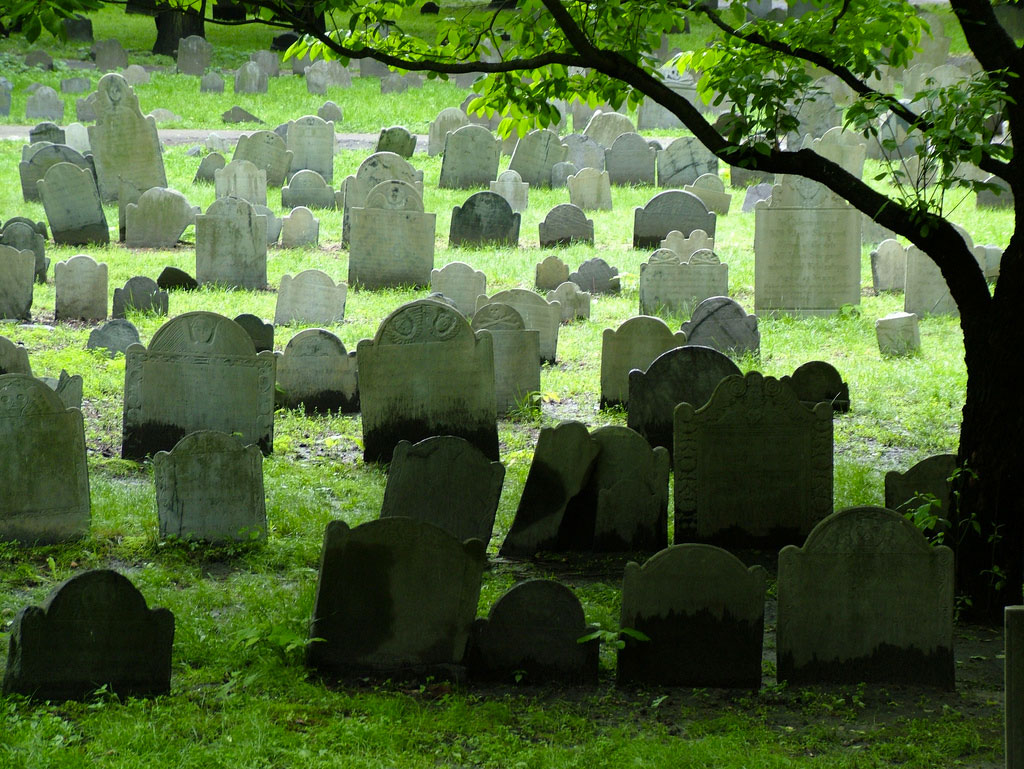 Taken on a rainy day in Boston, Massachusetts. I constantly had to wipe the rain from my lens and was worried at the time about the lighting. I took most of the photos with a longer exposure than suggested by my camera to try to bring out the colors more and was delighted by most of the results. Was also a total rookie with photography at this point and it’s this set which probably helped teach me a lot.

This image was submitted to WBUR’s Flickr group. Submit your best shots for Halloween.

Boston Police busted 10 alleged crack cocaine dealers in and around O’Day Playground in the South End last night, the culmination of a three-month sweep of “dangerous individuals” in the community.

“Let this serve as a message,” said Police Commissioner Ed Davis in a statement. “We will continue our ceaseless efforts to hold violent perpetrators accountable.”

BPD needs the PR. Seven people were shot last Saturday alone; three of those victims have died. That includes a shooting in which a man allegedly entered a Roxbury convenience store and opened fire with an AK-47. Commissioner Davis vowed the killers “are going to pay the price.” Two more shootings occurred Sunday.

Boston’s body count for 2010 is rapidly approaching 60, less than three weeks after reaching 50.

Meanwhile, the Globe reports two unflattering stories today: The department is reviewing a YouTube video (explicit language) that shows officers punching and kicking a young man while trying to arrest him at Roxbury Community College. And a 26-year-old officer from Dorchester is under investigation for charges of domestic abuse.

As election season reaches a fever pitch, Radio Boston continues its fine coverage of the candidates and issues.

And elsewhere on WBUR: 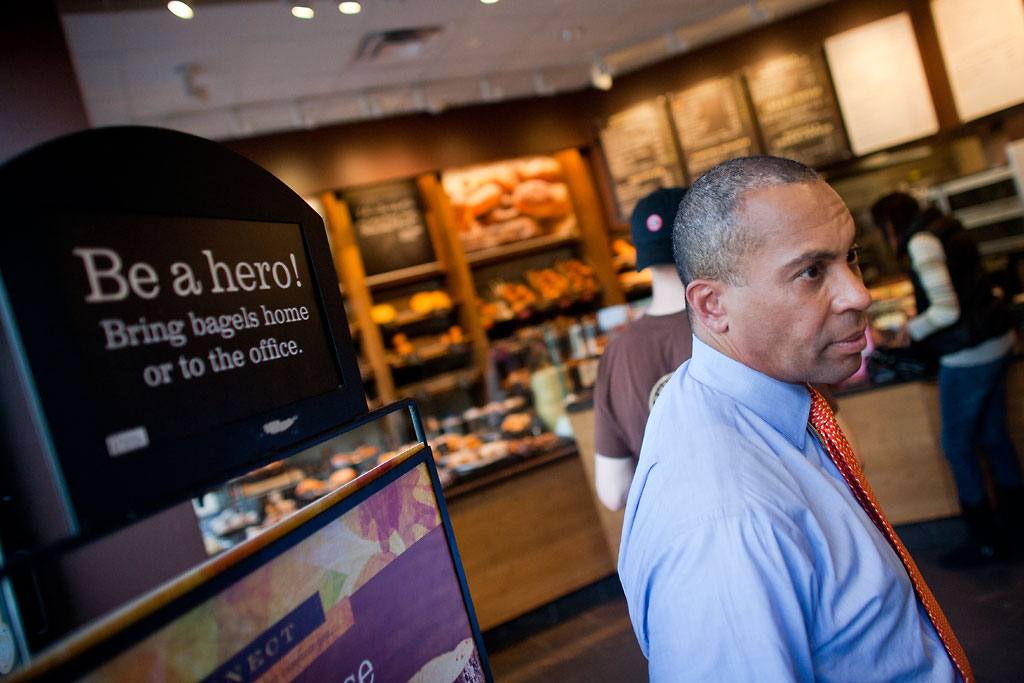 Gov. Deval Patrick sat down with WBUR’s Bob Oakes yesterday at Panera Bread, the little mom-and-pop café down the street from our studios on Comm Ave. Freelance photographer Dominick Reuter tagged along.

By the way, Patrick ordered a salad with grilled chicken, an apple and hot tea.

Seriously is every single person that lives or travels within your confines a total moron? Why is it that the students that call you home are smart enough to go to Harvard, but can’t figure out how to cross the damn street? Does EVERY motorist have to drive in the bike lane, or make turns with no signals, and whats with all the moms dropping kids off at school and nearly dooring me every damn day.

In short Allston, you’re a hot mess. I never had this kind of trouble when I was with Dorchester, or Somerville, or even Down Town (and DT is wild). I think I might be forced to start dating the BU Bridge area just to avoid you…yea its gotten weird between us.

There are so few apparent highlights to Chuck Turner’s day in court Tuesday that it may be fair to start with them.

Under gentle questioning from attorneys who never wanted him to take the stand to testify in his own defense, Turner got to describe himself as:

And that was pretty much it for the highlights. Turner reached the high-water mark quickly. As soon as the prosecutor stood up, the tide dropped.

The prosecution turned to that video tape recorded by FBI informant Ron Wilburn — the video that shows something changing hands. Wilburn had testified it was cash, although he never counted it. The FBI said it was $1,000.

[pullquote align=”right”]My memory of yesterday will be of Barry Wilson, a bear of a defense attorney, slumping into his chair.[/pullquote]

To his credit, Turner didn’t say it was a candy bar. As it was, Turner testified he couldn’t even remember Wilburn, let alone any money.

My memory of yesterday will be of Barry Wilson, a bear of a defense attorney, slumping into his chair. The prosecutor lashed into Turner. Nothing good could come of Turner’s taking the stand, Wilson had warned. He was watching his fears unfold.

Going into court, Turner had professed the belief he could defend his reputation and honesty by taking the stand. Defense attorneys routinely counsel their clients that taking the stand seldom accomplishes that. Turner said he was only telling the truth. He did get to testify he meets so many people that he doesn’t remember a lot of them, including Wilburn. The jury, obviously, will decide whether Turner is telling the truth.

Turner is back on the stand today, and it would appear that his defense attorneys have the job of pushing the boulder out of the hole and up the hill.

What’s news on a drizzly Wednesday morning in Boston:

Chuck Turner invoked the “I don’t remember” defense. The Boston city councilor returns to the stand today in his federal corruption trial. (WBUR)

A Hyde Park high school might be spared. “Superintendent Carol R. Johnson presented a revised proposal to the School Committee last night.” Boston police had to be called to restore order. (Globe)

Red Sox tickets are going up 2 percent for 2011. “That’s the lowest percentage increase over the past 16 seasons — save for 2009 when the Sox froze all ticket prices.” (Herald)