Keating supporters cheered as Biden concluded his speech at the Elks Lodge in Quincy. (Andrew Phelps/WBUR)

Keating briefly posed for photographers with supporters after the rally. (Andrew Phelps/WBUR)

In Weymouth, Republican Jeff Perry and his wife waved to passers by. (Andrew Phelps/WBUR)

Mike Doherty was a crowd favorite at the Perry rally. (Andrew Phelps/WBUR)

Doherty had just delivered this line: “Who wants a coffee? Republicans only. Liberals report to the third rail for your Kool-Aid.”

The back of the helmet says “Liberals Suck.” (Andrew Phelps/WBUR)

Candidates for the closely watched 10th Congressional District are moving at full speed this weekend. I attended rallies for both Democrat Bill Keating and Republican Jeff Perry on Saturday and came away with two very different impressions.

“This election is as serious as a heart attack, man, this is real, this election is more important than the last election,” said Vice President Joe Biden, who spoke off the cuff for about 15 minutes too long.

[pullquote author=”Vice President Joe Biden” align=”right”]“Reports of the death of the Democratic party are premature.”[/pullquote]

The star speaker paraphrased Mark Twain: “Reports of the death of the Democratic party are premature.”

I was sent to photograph the event, so I observed the latter half of Biden’s speech from the press riser. As Biden wrapped up and rallied the troops to get out the vote, I waited for the moment of euphoria to get the perfect crowd shot. It never really came.

My colleague Lisa Tobin and I drove a few miles to the next town over, Weymouth, and found Jeff Perry and his red-shirted supporters throwing a party on the sidewalk. They waved American flags and Perry signs. They mercilessly made of fun of liberals. Some showed up in Halloween costumes. Supportive car horns blared.

In Quincy, I witnessed the old guard of Massachusetts politics, seemingly desperate to hold on to something that started to slip away when Scott Brown rose to power 10 months ago. In Weymouth, I saw a merry band of insurgents, jubilant about something that feels just within reach.

Afterward, I tweeted my impressions:

If the election were decided on the energy of rallies alone, it’ll be Perry over Keating by a long shot.

Twitterer @professorU replied: “Energy at rallies can lead to energy at GOTV.”

Polls show Keating and Perry in a dead heat. The race may be decided by the side that gets people more excited to go to the polls.

Photographer Jeremy Brooks submitted this picture of his jack-o-lanterns in the Back Bay to the WBUR Flickr group. 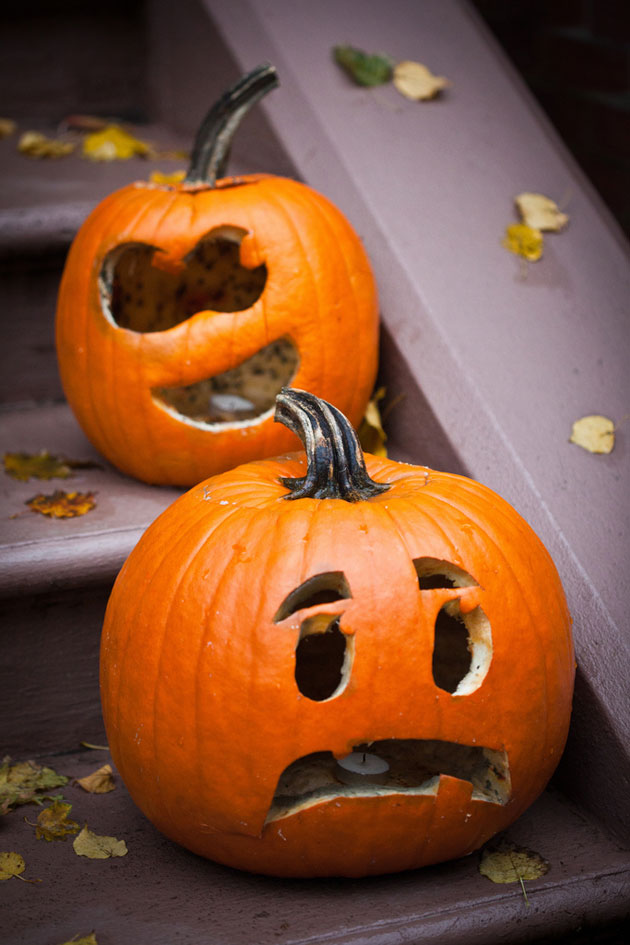 Happy Halloween, everyone! (I’m going as a reporter working all weekend. What about you?)