WBUR’s David Boeri filed and won a motion (read on Scribd) in federal court to release video footage that serves as key evidence in the corruption trial of Boston City Councilor Chuck Turner. Prosecutors say the video shows Turner accepting $1,000 from FBI informant Ronald Wilburn. The government alleges the cash was a bribe.

The alleged handoff happens at the 2:33 mark. It happens fast:

END_OF_DOCUMENT_TOKEN_TO_BE_REPLACED

In the final vignette of our series of citizen-generated stories — “President Barney” — it’s pretty clear a six-year-old got involved somewhere in the middle. WBUR’s resident cartoonist, Chase Gregory, shares her illustrated depiction of the story.

(If you missed that, let me explain: On Saturday, we asked visitors to WBUR’s booth at the Boston Book Festival to contribute to a series of stories on giant pieces of paper. We transcribed and posted the stories on Hubbub earlier today.) 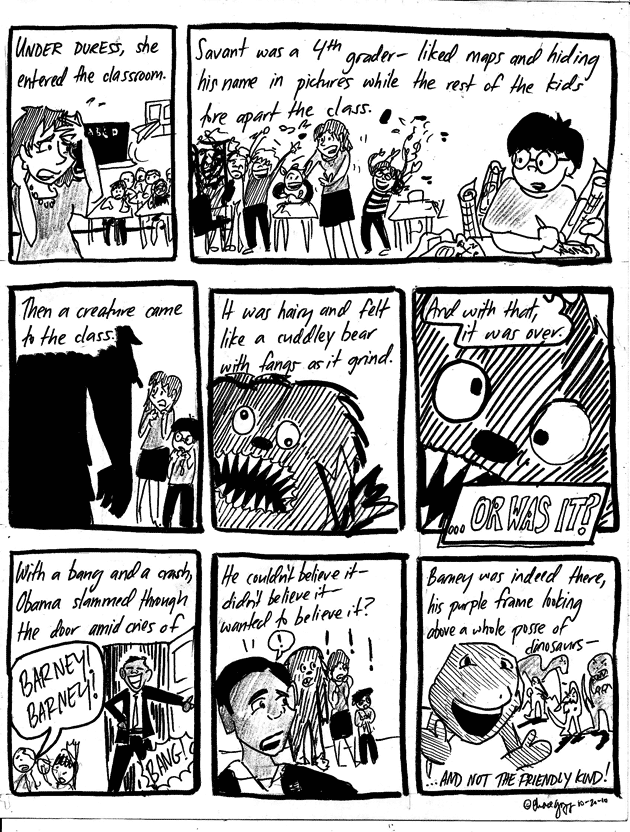 A cartoonist's interpretation of "President Barney," a vignette written by visitors to WBUR's booth at the Boston Book Festival (Chase Gregory for WBUR) 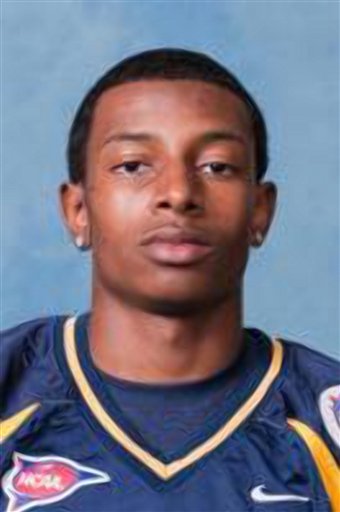 The authorities say Henry had been parked in a fire lane outside the bar when he sped away from officers who were rapping on his car window, hitting one who clung to the hood as the sedan barreled toward a colleague. That’s when an officer opened fire.

Mount Pleasant Police Chief Louis Alagno said the officers handcuffed Henry after shooting him — only to discover his condition and then try to save his life.

“This is a nightmare for everyone involved,” Alagno told CNN today.

On Sunday, Boston.com posted a detailed police of the incident:

Police from Mount Pleasant said in a statement that one of their officers approached Henry’s vehicle, which was parked in a fire lane, and Henry sped away when the officer knocked on the driver’s window.

Then a police officer from Pleasantville, another section of Mount Pleasant, then tried to stop the car, according to police. But the driver, identified by Pace as Henry, kept accelerating and struck the officer who landed on the hood of the vehicle.

A second Mount Pleasant officer tried to grab the Pleasantville officer from the hood, police said, but that officer was also struck by the car.

The Pleasantville officer, still clinging to the hood, then fired at Henry, the statement said.

The car headed towards another Mount Pleasant officer, who fired at the vehicle, police said, and the car came to a stop after striking a Mount Pleasant cruiser. Authorities did not identify by name which police officers fired the shots.

Henry was pronounced dead at the scene, police said, and a passenger in his car sustained a minor gunshot wound.

That last detail is key: The passenger in Henry’s car — Brandon Cox — survived, which allows for a different account of what happened. An article in today’s Globe quotes Thomas Parks, Cox’s father:

Parks said the men thought the police wanted them to move because the car was parked in a fire lane.

When Henry began to drive away, a police officer jumped in front of the car, his weapon drawn, Parks said. The officer threw himself on the hood and started shooting, the father said.

The New York state major crimes unit has joined in the investigation. The results of that investigation will be brought before a grand jury to determine whether the officers will face charges, Chief Algano told the Globe. 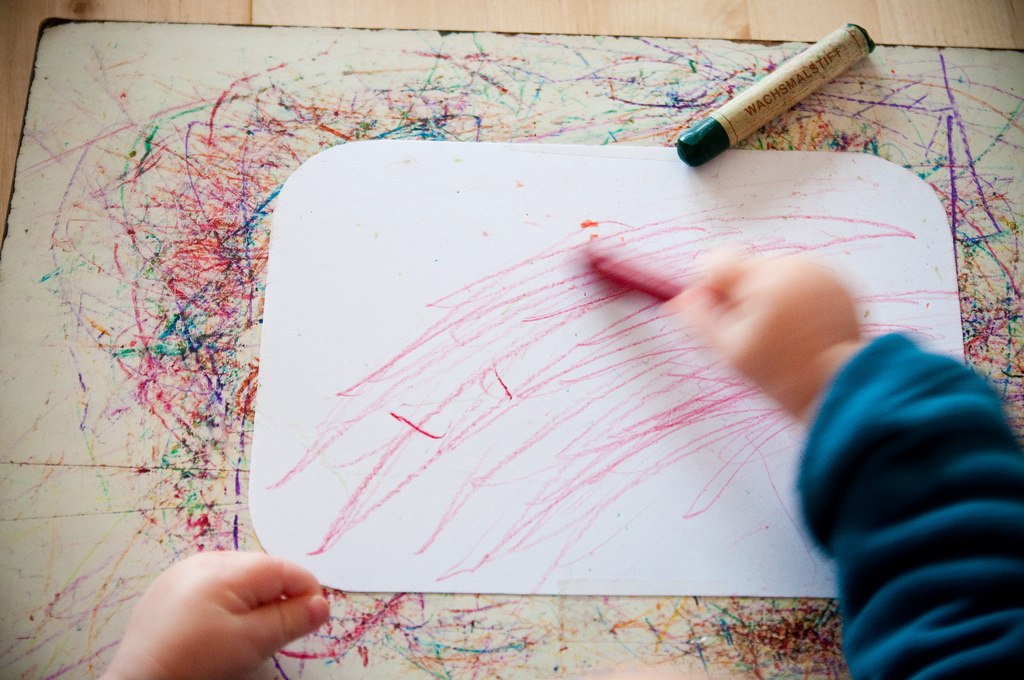 Book nerds and NPR fans converged on Copley Square this weekend for the Boston Book Festival. We asked people who stopped by the WBUR booth to add their own sentence or two to a never-ending story on large sheets of paper. What turned out was a dozen or so vignettes written by You, Our Listeners. Here they are.

Warning: Read at your own risk, as some passages will make your brain hurt. I did light editing. Thanks to intern Nicholas Dynan for his help transcribing.

END_OF_DOCUMENT_TOKEN_TO_BE_REPLACED

Drug companies have long kept the names of their speakers — and how much they pay them — secret. But last year, seven companies began posting doctors’ names and compensation on their websites, some as the result of legal settlements with the federal government.

ProPublica took these disclosures, totaling $257.8 million to about 17,700 providers, and assembled them into a single, comprehensive database that allows patients to search for their physician.

You can read or listen to the findings of the NPR-ProPublica investigation and use the widget below to see if your doctor takes money from insurance companies.

END_OF_DOCUMENT_TOKEN_TO_BE_REPLACED

What’s news on a cloudy Tuesday morning in Boston:

Drug companies hire troubled doctors as “experts,” an investigation finds. “ProPublica has uncovered hundreds of doctors receiving company payments who had been accused of professional misconduct, were disciplined by state boards or lacked credentials as researchers or specialists.” (NPR-ProPublica)

Insurance company money flows to Massachusetts docs. “While some doctors who gave speeches once or twice during 2009 and 2010 earned $2,000 to $3,000, more than two dozen Massachusetts psychiatrists, endocrinologists, and other specialists who gave frequent talks brought in $40,000 to $100,000 and, in a few cases, more.” (Globe)

Witnesses dispute the police account of the fatal shooting of Danroy Henry. He was the 20-year-old college student from Easton killed in New York State on Sunday. (Globe)

The Russian spies arrested in Cambridge (might have) received top honors from President Dmitri A. Medvedev. “The president’s spokeswoman … would not say which awards were given out or whether all 10 of those arrested this summer were among the recipients.” (New York Times)

The first black woman to graduate from Harvard Medical School has died. “Dr. Mildred Jefferson, a prominent, outspoken opponent of abortion … died Friday at her home in Cambridge, Mass. She was 84.” (New York Times)