Registration for the 2011 Boston Marathon closed on the same day it opened.

The Boston Athletic Association website, so clogged with people trying to register for the 2011 Boston Marathon, has crashed. The normal website has been replaced with a text-only page, which tells visitors the registration period has ended — on the same day it began.

“The Boston Marathon does not have a waiting list, late registration on race weekend, or race day registration,” the website says.

Last year, the Globe reports, it took two months for registration to fill up. Some 23,000 runners started, and nearly all of them finished.

The BAA will soon publicize the names and bib numbers of all the crazy people who signed up. 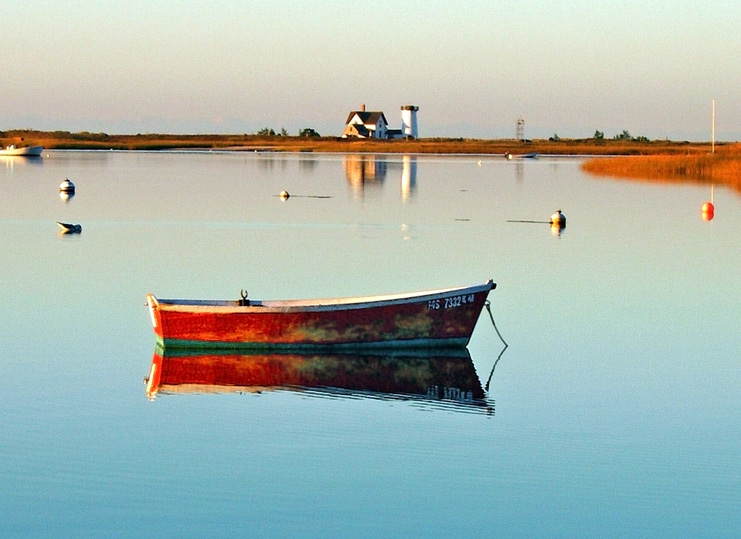 Photographer Christopher Seufert was up all night working on a project when he saw the sun rise over the water in Chatham.

So I had a cup of coffee and took my camera out into the marshes. Almost as good a recharge as actual sleep. Really though, glad I didn’t sleep through this one. I was hoping to catch the mist on the water but it burned off before I got set.

This dory is actually an “Ennis Skiff.” The Ennis Skiff is a design developed by Tom Ennis and built, at one time, exclusively by him. According to resident John Geiger, the family still has the original forms and drawings dating back to post WWII when Tom settled in Chatham at Stage Harbor. Tom began as an Oysterman before becoming the owner of Old Mill Boat Yard on the big Mill Pond, and then moving the business in the late 60’s to what is now the town facility on Stage Harbor.

Seufert shot this image Oct. 19, 2006, and recently submitted it to WBUR’s Flickr group. It’s the Hubbub Photo of the Day. 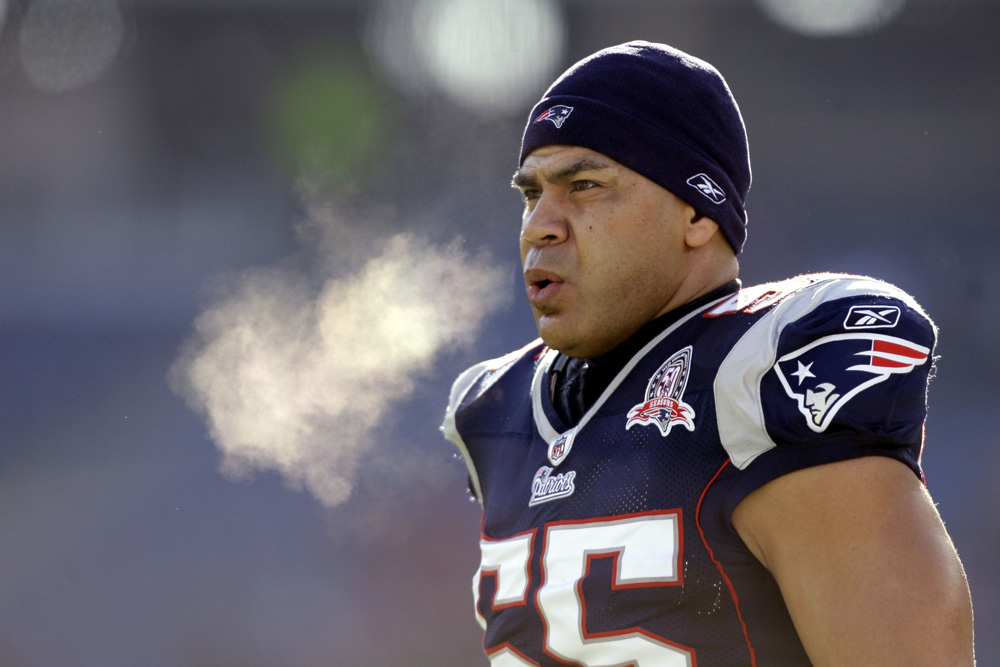 What’s clear at this point is former Patriots star linebacker Junior Seau drove his car off a 30-foot embankment near his home in San Diego. What we don’t know yet is why.

According to The Associated Press, Seau “was hospitalized with minor injuries Monday, less than nine hours after he was arrested on suspicion of domestic violence.”

Seau was arrested late Sunday night following an alleged domestic dispute with his girlfriend. From the AP:

Seau’s 25-year-old, live-in girlfriend told authorities that Seau assaulted her during an argument at his Oceanside home, according to Oceanside police. She appeared to have minor injuries and did not require medical treatment.

Seau, 41, was arrested outside his home about two hours after police arrived. He wasn’t home when authorities arrived but they asked him to return when he called his girlfriend.

Seau posted bail and was released from the San Diego County jail in Vista.

San Diego ABC affiliate 10 News reports “a witness called 10News around 9:00 a.m. to report that she saw Seau drive a car off a cliff directly in front of her near Carlsbad Boulevard and Solamar Drive.”

The North County Times spoke with Carlsbad police Lt. Kelly Cain about the crash. The paper reports that “Cain said there was no signs of drugs or alcohol. ‘At this point, it doesn’t appear that there was any of that involved.'”

So far, numerous outlets have reported on the crash but haven’t yet gotten solid word on Seau’s condition.

“At this point we think he’s fine but we really don’t have any comment,” said Richard Doan, who answered the cell phone of Bette Hoffman, who works for Seau’s foundation. “There are no injuries but he seems to be a little shaken up.”

The well-liked Seau played for the Patriots from 2006-2009. He’s a veteran of 18 NFL seasons, most with the San Diego Chargers. He will almost certainly be selected to the NFL Hall of Fame. 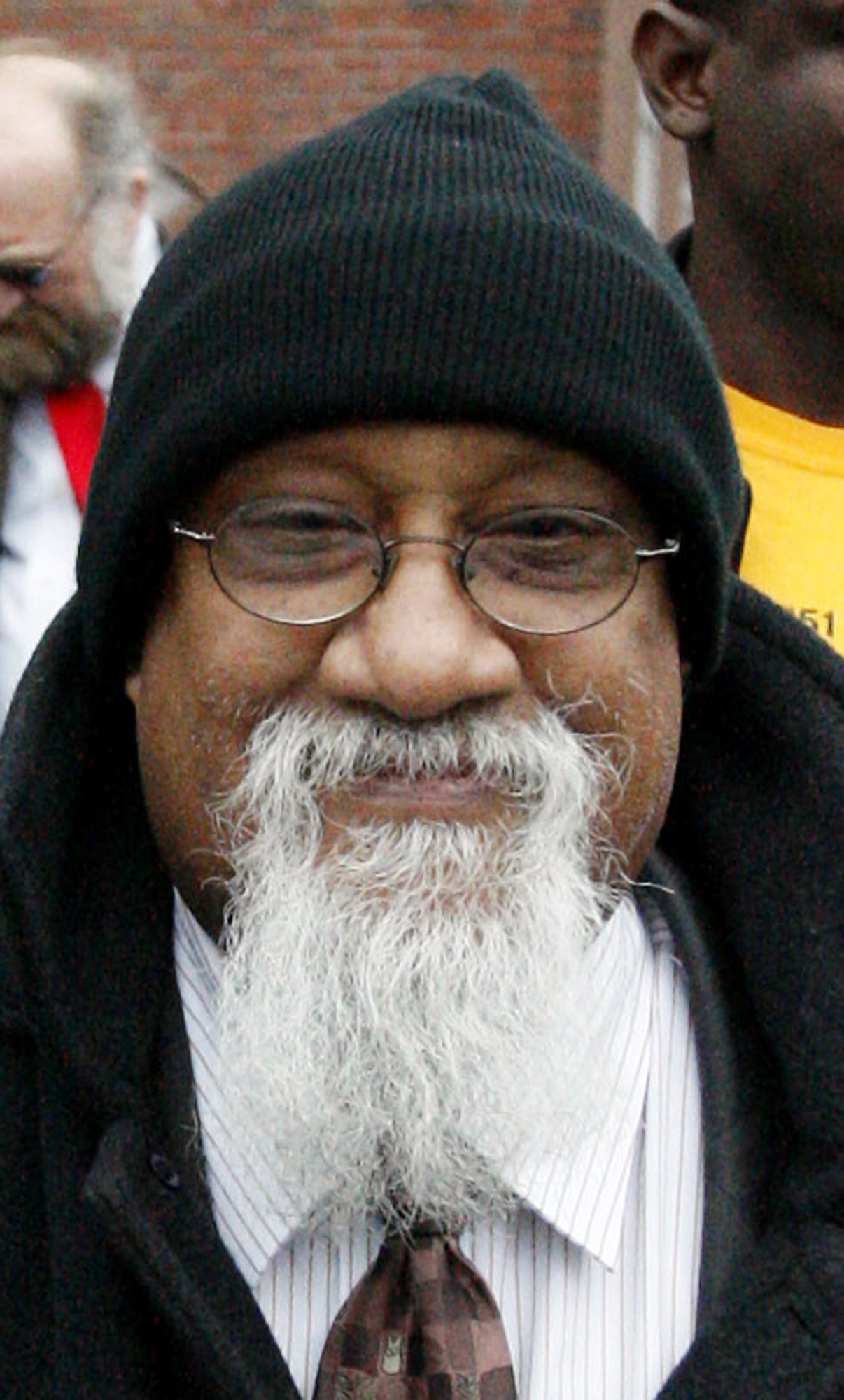 Prosecutors say the FBI paid a witness $30,000 to bribe City Councilor Chuck Turner with $1,000 — and the witness has since turned against the government and refuses to testify.

That’s the headline from opening statements in Turner’s corruption trial, which got underway today in Boston federal court. WBUR’s David Boeri, who is covering the trial, said the government made its case in about 20 seconds.

Boeri paraphrased Assistant U.S. Attorney James Dowden: “In August 2007, somebody came to see Chuck Turner, offered him a bribe for a liquor license, and he took it. The FBI came back a year later and asked him about it, and he lied. Ladies and gentleman, that’s the case. It’s as simple as that.”

The FBI witness is businessman Ronald Wilburn, who has publicly criticized the government’s handling of the case. Last week, the Boston Globe reported:

He has criticized how the government handled the sting that resulted in the 2008 arrests of Turner and former state senator Dianne Wilkerson, and he has said he is angry about how he was treated as a cooperating witness and upset that authorities arrested only two individuals, both of them black politicians, in the investigation. Wilburn has told the Globe he had agreed to become an informant with the understanding that authorities were investigating what he characterized as more widespread corruption within the Boston Licensing Board and its process for awarding liquor licenses.

In a closed-door meeting last week, the judge threatened Wilburn with contempt of court and jail time if he refuses to testify. Outside the courthouse, Wilburn acknowledged he had been told by the judge to think long and hard about his decision.

The government has video footage of the alleged transaction but no other eye witnesses.

Turner’s attorney said: “Mr. Turner didn’t knowingly do anything in exchange for any money.”

In 2007, in an affluent New Haven suburb, Steven Hayes and an accomplice broke into the home of Dr. William Petit Jr.; his wife, Jennifer Hawke-Petit; and their daughters, Hayley, 17, and Michaela, 11.

According to testimony, Dr. Petit was bound and gagged, his wife and a daughter raped. The children were tied up and doused in gasoline. The house was set ablaze. Petit survived a brutal beating, but his wife and children died. 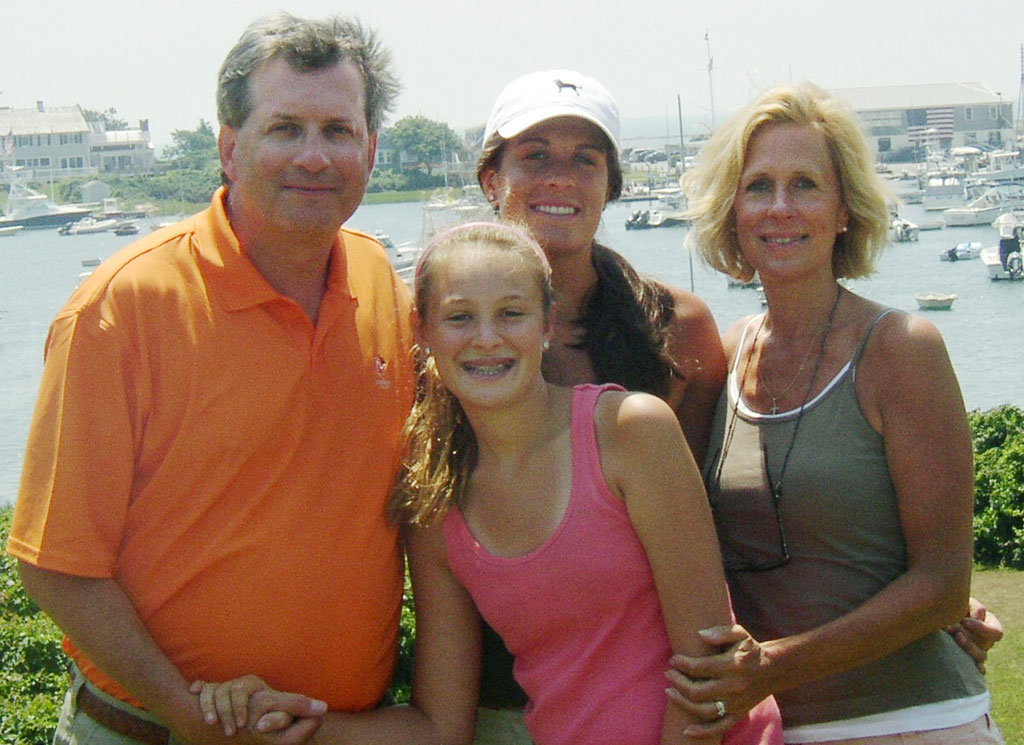 This family photo shows William Petit with his daughters Michaela, front, Hayley, rear, and his wife, Jennifer Hawke-Petit, on Cape Cod in June 2007.

This week, as WNPR’s Lucy Nalpathanchil reports for NPR, the jury is considering whether to sentence Hayes to death.

Connecticut is one of two New England states that allow for capital punishment — the other is New Hampshire — and the state has put just one person to death since 1976.

There is no death penalty in Massachusetts. Attorney General Martha Coakley, who is running for re-election, does not support it. Her challenger, Republican Jim McKenna, says it’s time to consider reinstating the death penalty in light of the Mattapan murders three weeks ago.

The same refrain echoes in Mattapan. Who could murder a young woman and her 2-year-old boy? How could we allow this killer or killers to live?

In Connecticut last year, even as the drama of the Steven Hayes story grabbed headlines, the legislature voted to abolish the death penalty. Republican Gov. Jodi Rell vetoed the measure, saying some crimes are too heinous.

Hayes’ lawyers argued — unsuccessfully — that a death sentence would be more costly to taxpayers than life in prison, as appeal after appeal drags on. The judge did not allow that argument in court, saying “a jury in the penalty phase is charged with the task of reasoned moral judgment, not counting dollars and cents.”

What do you think? Should Massachusetts reinstate the death penalty? Can a crime be so heinous as to warrant punishment by death?

What’s news on a sunny Monday in Boston.

NStar is being sold for $4 billion. “﻿On completion, the deal will create one of the nation’s largest utilities, the two said in a press release.” (Globe)

A new poll shows a dead heat in the 10th congressional race. “The poll of 400 likely voters in the Massachusetts 10th Congressional District shows that the race to replace retiring Democratic Congressman Bill Delahunt is extremely tight, with 46 percent of likely voters polling for Democrat Bill Keating, and 43 percent for Republican Jeffrey Perry. The poll’s margin of error of 4.9 percent means the race is a statistical tie.” (WGBH)

In the 1990s, Baker “varied his math” on the cost of the Big Dig project, a Globe review finds. Meanwhile, “Governor Deval Patrick’s campaign could not provide any evidence to back up allegations that the work of his Republican rival, Charles Baker, on the Big Dig added to the MBTA’s debt.” (Globe)

A 20-year-old man from Easton was shot dead by police outside a bar in New York state. Danroy Henry, a junior at Pace University, “was shot to death in his car around 1:20 a.m. outside of a bar in Mount Pleasant, N.Y., about 35 miles north of New York City, according to police and university officials.” Police describe a dramatic chase in which Henry struck two officers with his car. (Globe)

Kids from the suburbs are tagging MBTA trains for instant notoriety on social networks. “Fame-seeking graffiti fiends … are ratcheting up their handiwork on MBTA trains, trolleys and walls, according to the T, costing taxpayers more than $500,000 a year in clean-up costs.” (Herald)