Corporations are waging a battle for your eyeballs in Cambridge. At least that’s what a citizens group called Save Our Skyline would have us believe. 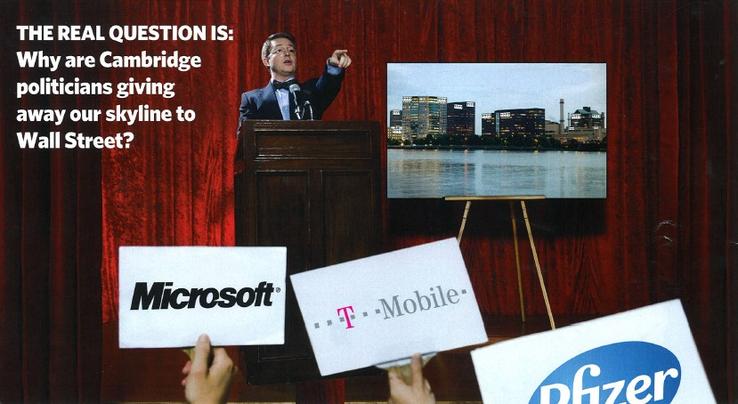 An advertisement by Save Our Skyline suggests the Cambridge skyline would be for sale under a new zoning ordinance.

In September, the Cambridge City Council approved, 6-3, a controversial zoning change that would allow companies to build taller, lighted signs atop their buildings.

On Friday morning, the group will drop off a petition with “ample” signatures that would force the council to reconsider. The group says the ordinance would lead to a “proliferation of unwanted corporate signs along the Charles River and throughout the city.”

A Cambridge Chronicle editorial published today says the issue is not so cut-and-dried, however. Save Our Skyline is not a grassroots organization, the editorial says, but a PR campaign funded by a millionaire CEO with a beef.

InterSystems CEO Phillip Ragon shares the business complex at One Memorial Drive with Microsoft, and Ragon says Microsoft wants to put a sign on top of the building. From the Chronicle editorial:

The truth about the new sign ordinance, which passed the Council 6-3 recently, is that it would make the process more efficient for putting larger, illuminated (not neon) signs on tall, non-residential buildings in Kendall Square and west of Alewife Brook Parkway. These are two big centers of economic activity and the signs will help to brand the areas as such. Before, the process for approving large signs was uneven at best. The new ordinance is also more stringent: many of the signs that you see in Kendall today wouldn’t be allowable.

On its FAQ page, Save Our Skyline directly refutes claims that the law would “tighten” signage rules. “Only a politician could say that with a straight face. To the contrary, the amendment loosens the rules,” the website says.

It’s all so very Cambridge. 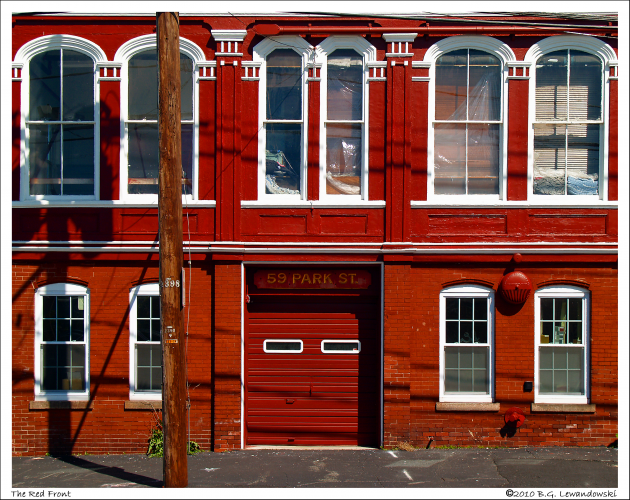 Photographer Brian Lewandowski captured the Hubbub Photo of the Day in downtown Beverly. 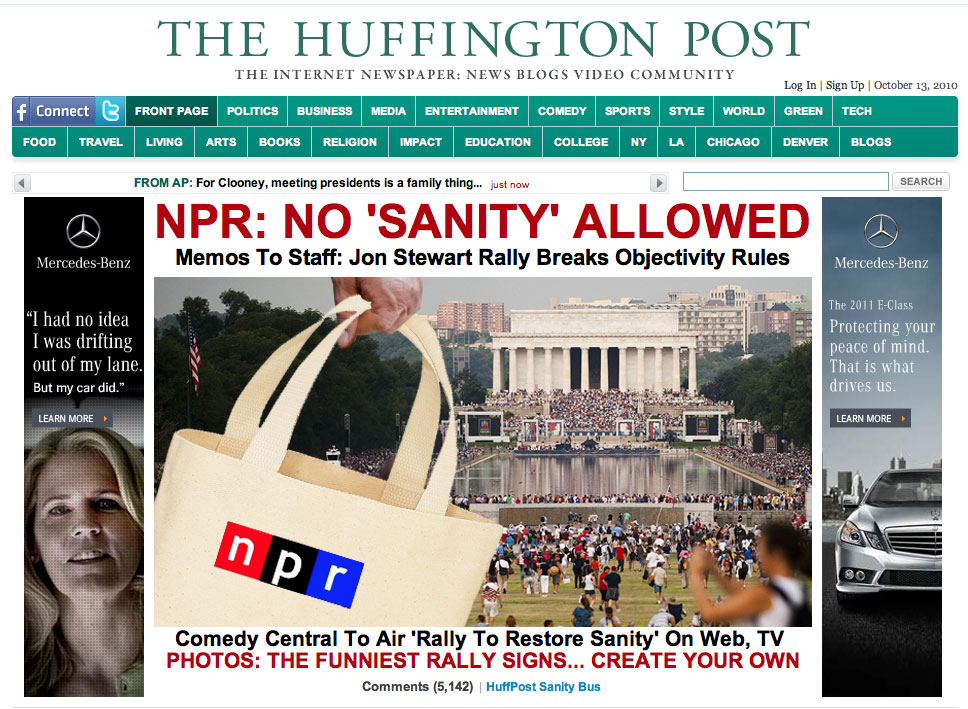 The Huffington Post got a hold of an internal NPR memo (which we received at WBUR) forbidding employees from attending the upcoming Jon Stewart and Stephen Colbert “Rally To Restore Sanity” and “March To Keep Fear Alive” events on Capitol Hill. And they ran with it — big.

NPR journalists may not participate in marches and rallies involving causes or issues that NPR covers, nor should they sign petitions or otherwise lend their name to such causes, or contribute money to them. This restriction applies to the upcoming John Stewart and Stephen Colbert rallies.

That last part is what got people so riled up. Of the nearly 8,000 comments on the Huffington Post story, commenter Todd Downing asked: “It’s unclear… did NPR also issue these types of warnings before the Beck rally?”

NPR’s Dana Rehm, the senior vice president for communications, responded in a blog post on NPR.org:

We didn’t get questions from staff about [Glenn Beck’s] Restoring Honor and One Nation rallies, because it was obvious to everyone that these were overtly political events. It’s different with the Colbert and Stewart rallies; they are ambiguous. But their rallies will be perceived as political by many, whatever we think. As such, they are off limits except for those covering the events.

So, are WBUR employees subject to this directive? Sam Fleming, our managing director for news and programming, says it’s a gray area. As an NPR member station, we take guidance from — but are not bound by — NPR’s ethics code.

I asked outright: Could a WBUR employee attend a Jon Stewart rally on personal time? Yes, he said — just as a WBUR employee could attend a Glenn Beck rally. Anyone can attend a rally out of curiosity, not necessarily allegiance to a person or cause.

Where WBUR draws the line is at involvement with political campaigns — either real or symbolic. That means no political bumper stickers, no lawn signs — and the rule applies to all WBUR employees, not just journalists.

If the most trusted name in fake news leads a march on Washington, is it comedy? Or is it politics? NPR says it’s not clear — so journalists may not attend as private citizens. WBUR, on the other hand, makes no such restriction.

Thanks to Adam Schweigert for the screen grab.

What’s news on a perfectly pleasant fall morning in Boston:

Democratic Gov. Deval Patrick opened up a seven-point lead over his Republican rival Charles Baker, while Indepednent Tim Cahill remained mired in a distant third place, according to, according to a new poll, that showed Patrick with more breathing room over Baker than other recent polls. (State House News Service)

Police Say Mattapan Killings Were Not An Act Of One

Police said they believe there was more than one killer, and they are continuing to investigate the slayings of the 2-year-old boy, his mother, and two adult men in a crime police believe was connected to drugs. (Globe)

The lone suspect in the Mattapan massacre still would have been in prison this past summer if he had not gotten more than seven months knocked off a six-year crack cocaine sentence in South Carolina, officials said. (Herald)

100 Kids Kicked Off The T After Someone Pulls The E

More than 100 Brighton High School students were ordered off two Green Line trolleys this afternoon after somebody pulled emergency brakes on the trains by BU West. (Universal Hub)

What’s news to you?