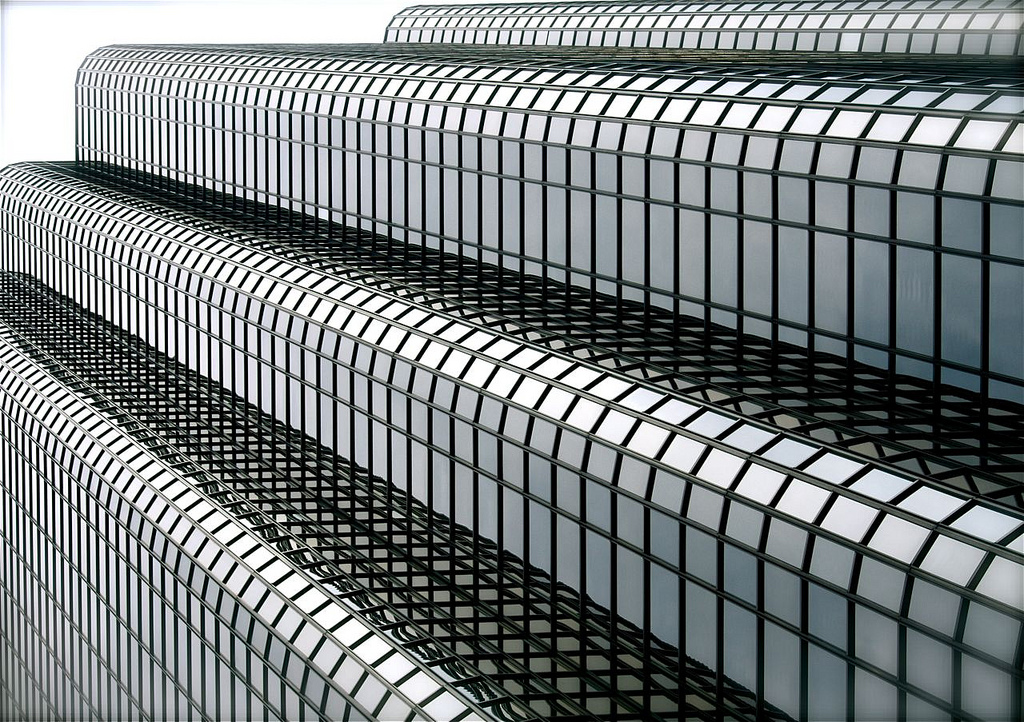 The Hubbub Photo of the Day for Monday comes from Natalia Radziejewska (photographynatalia), who submitted this mind-bending shot of a glass building in Downtown Crossing to our Flickr group. Nice work!

What’s news on a sunny Columbus Day in Boston:

An MIT professor shares the Nobel economic prize for his work developing theories to explain how economic policies can affect unemployment. MIT’s Peter Diamond was recognized for his work along with Dale Mortensen of Northwestern University and Christopher Pissarides of the London School of Economics. (WBUR)

Peter Solomon, one of many manifestations of an energized GOP electorate this year, illustrates the political zeal Massachusetts Democrats are up against as they try to hold back a Republican Party determined to make major gains on Election Day. What Democrats lack in enthusiasm, they’re trying to make up for in organization. (Globe)

Bay State welfare recipients looking to blow their taxpayer benefits on whiskey, smokes and Keno would be left high and dry under a tough new crackdown slated to be unveiled today by GOP gubernatorial candidate Charlie Baker. (Herald)

US securities regulators say they plan to look into dozens of cases in which publicly traded Massachusetts companies misstated how much their top executives earned over the past few years. (Globe)

In a move that school officials believe is the first of its kind in the state, Cambridge will close schools for one Muslim holiday each year beginning in the 2011-2012 school year. (Globe)

What are you reading on this holiday?