Almost two weeks after police arrested Kimani Washington in New Hampshire for weapons violations, prosecutors say one of the guns he carried was used in the murders that took four lives in Mattapan on Sept. 28. 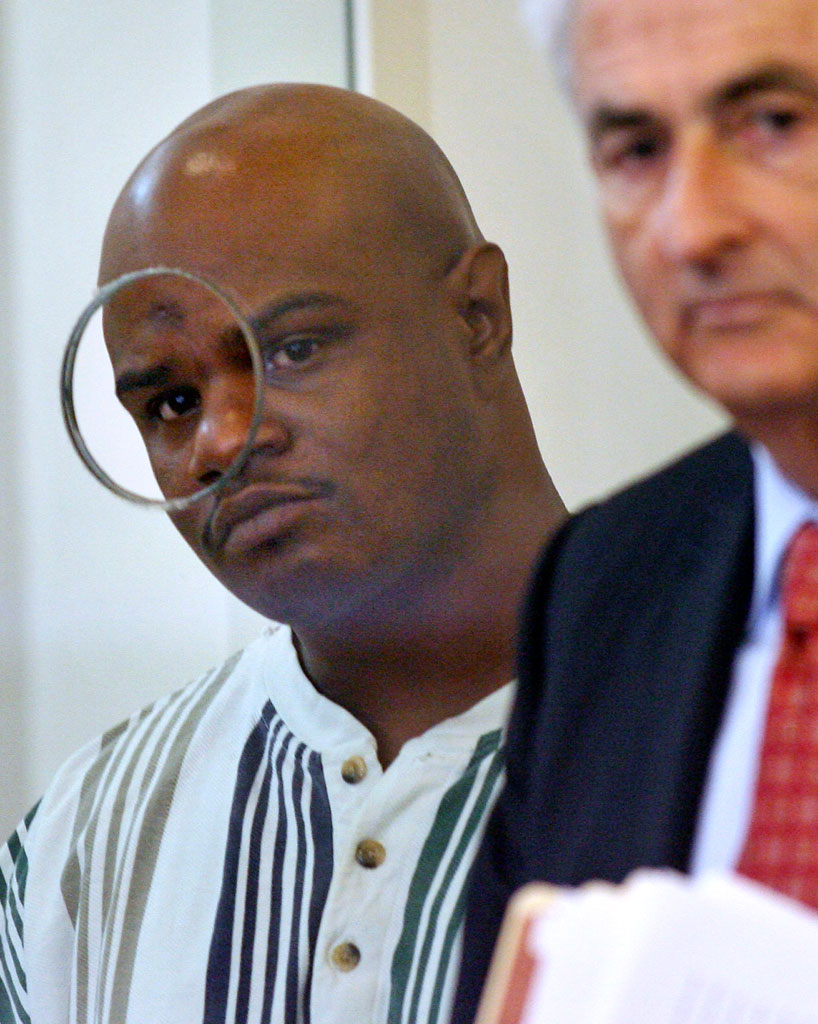 Washington, 35, did not speak at his arraignment Wednesday. Washington’s lawyer entered a “not guilty” plea on his behalf.

Washington was charged with weapons violations, drug trafficking, receiving a stolen car and being a career criminal. The judge ordered him held on $500,000 $1 million bail.

His lawyer, John Salsberg, has said Washington “unequivocally denies” hurting anyone. “Mr. Washington’s family and friends remain very supportive of him,” the AP quotes the attorney as saying outside the court.

Simba Martin, 21; his girlfriend, Eyanna Flonory, 21, and her two-year-old son, Amani Smith; and Lavaughn Washum-Garrison, 22, were killed. A fifth shooting victim, Marcus Hurd, 32, is clinging to life at a Boston hospital.

If you missed it this morning, WBUR’s Bianca Vazquez Toness reported on the frustration in Mattapan about press coverage of the killings. It’s a conversation I started here last week.

Update, 5:45: A judge raised Washington’s bail to $1 million cash after prosecutors produced a taped confession from Washington admitting he possessed “one of the murder weapons, the surviving victim’s motor vehicle, and a large quantity of crack cocaine.”