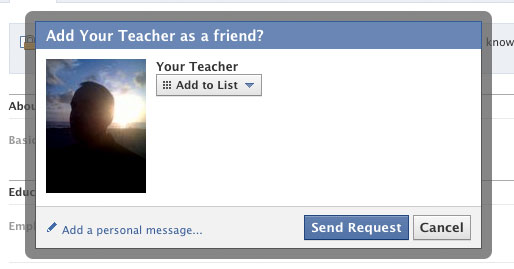 On Twitter, I asked if any teachers out there use Facebook to communicate with students. Right away, @akenn replied:

@andrewphelps isn’t that against most schools’ code of ethics?

Nope. Except in Norton, which has just adopted new “no friending” rules for teachers who use social media.

But for many young people, Facebook is the default communication medium. Lyndsy Shuman, a speech-and-debate coach at Orono High School in Maine, said she depends on Facebook to reach her students.

“My students aren’t always that diligent at checking their e-mail,” Shuman told me. “Even though the school technically blocks Facebook, they have their ways of working around it.”

On Sunday, the Boston Herald reported:

Teachers could be disciplined or fired for friending students on Facebook and school administrators would be encouraged to comb the Web for cyber-transgressions. […]

The rules also forbid teachers from posting photos with “sexual content” or “advocating use of drugs and alcohol.” Norton is the first district to adopt the rules; Foxborough and others are considering the same. 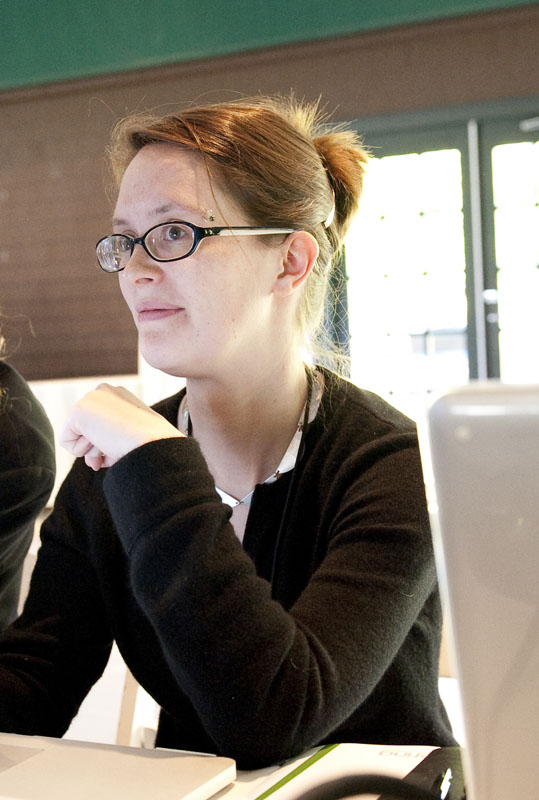 “I do realize that my students scrutinize everything I post on there,” Shuman said. “And that’s not necessarily healthy for me. It’s not healthy for them. And it’s something I’m constantly aware of. Everything I say matters to them.”

What about that which her students post? Does that make Shuman uncomfortable? Just last night, she witnessed a sort-of Facebook flame war among some students she knows but does not teach. They were fighting about a photo that was posted.

“It made me really uncomfortable to witness a fight like that, happening over Facebook, there for the public. I had no authority to step in, to mitigate.

“It put me in an awkward place, and eventually I said I’m making the decision that I’m going to hide any of this student’s feed from my news feed.”

Patricia Ansay, the Norton superintendent of schools, told WBUR the “no friending” policy was adopted proactively — not in response to any complaints of inappropriate behavior.

Ansay said administrators are not likely to scan Facebook pages, searching for examples of abuse, because the school doesn’t have the resources. She said her staff is reviewing the guidelines and could introduce revisions at the next school board meeting Nov. 2.