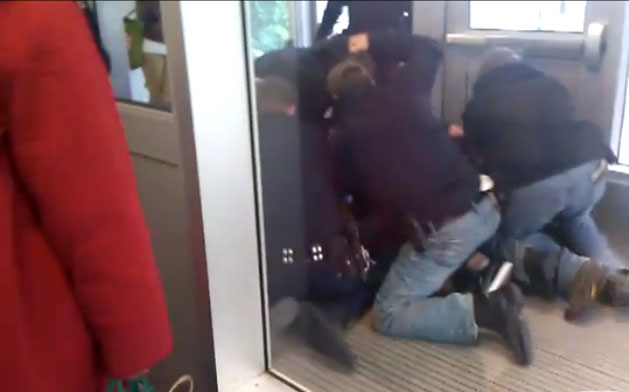 The Boston cop seen punching and kneeing a 16-year-old suspect at Roxbury Community College is on administrative duty while a Suffolk County prosecutor reviews the case.

The officer is identified as Michael T. McManus.

The arrest was recorded on video and posted to YouTube on Tuesday, prompting some groups and elected officials to condemn the BPD for “police brutality.” Many others have expressed support for the police.

“This personnel decision is in the best interest of the ongoing internal investigation,” Davis said in a statement today. “I would like to reiterate my commitment to ensuring an open and transparent investigation.”